Welcome to the Team Dylan Osborne

WELCOME TO THE TEAM DYLAN OSBORNE

We’re stoked to welcome Dylan to the team, representing the South African crew in the kiteboarding mecca of Cape Town. A born and bred Cape Town local, Dylan grew up on the coast he still calls home. We decided to catch up and bond over a little Q&A, so here we go…

What does a day in the life of Dylan look like at the moment?

A normal day back home would start with a bit of editing in the morning, and then as soon as the wind comes up I’ll make my way down to the beach with some mates for a session. As soon as that magical sunset comes down and the light is good, we’ll shoot. Then, after a long day at the beach we’ll hang out, have a beer or two, and get prepared to do the exact same thing the next day. 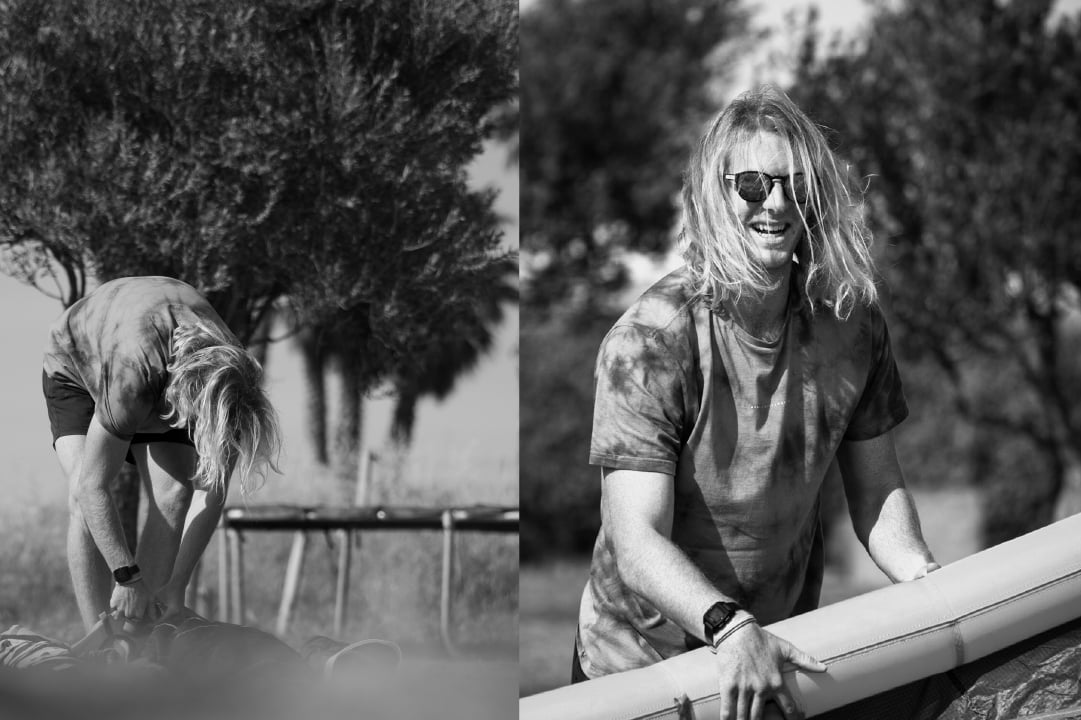 Just growing up in Cape Town would be the most important thing; strong cross-shore wind in the Summer with waves rolling through most days just gives the perfect playground. Growing up with the beach on my front doorstep just gave me the perfect opportunities to take advantage of what Cape Town has to offer.

When I was about 6 or 7 my older brothers started surfing and I just had to join in on the fun. I surfed for a few years and realised kiting was more optimal for Cape Town Summer conditions. Once I started just couldn’t get enough of it.

Tell us about your production company, Nomadicsea?

So, basically, Nomadicsea was a lockdown project that turned into my full time job. It started in the peak of lockdown, and myself and Aron Rosslee had the idea to film the kiting scene out of season in Winter, an idea that we had never seen before. I was the videographer, Aron was the featured athlete in the film, and the outcome was something we never could have imagined.

The feedback from the film Out in Winter was unbelievable, and I decided to take it all from there. Myself and Aron decided we actually wanted to pursue action sports story telling and joined forces to then become Nomadicsea together. From that decision, we have come a long way and have worked with some incredible brands, such as; Red Bull, Duotone, Airush, F-One, Ocean Rodeo, Naish, The Shark Bay hotel and plenty more.

We have more projects in the pipeline from the recent European summer from Sicily with Gianmaria Coccoluto as well as Cohan Van Dijk in the heart of European kitesurfing, Tarifa. Keep your eyes peeled for the release of these films in the next coming months! 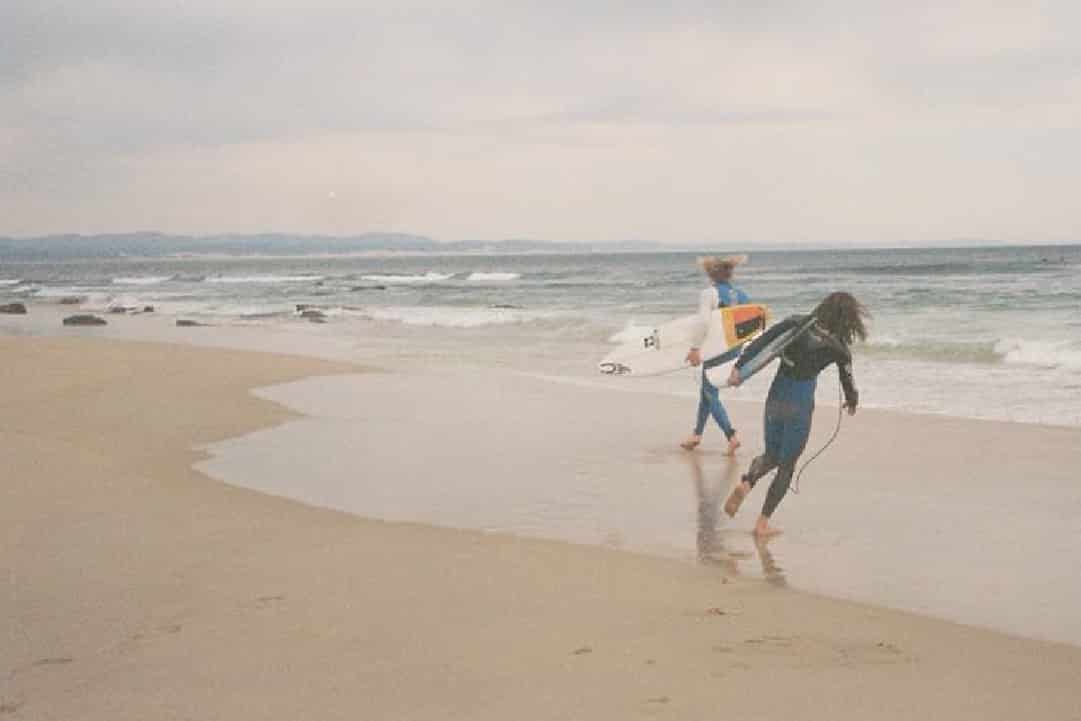 What motivated you to become an athlete?

Growing up at school I would always see pro surfers and pro kiters “living the life” and I always wanted to live somewhat like that. Every day at school I would be looking at the conditions for the weekend and seeing how I could spend as much time as possible down at the beach.

What can you tell us about the gear you’re riding now?

I’m using the Airush Session, one of my favorites to use in waves, and even a bit of strapless big air. I’ll switch between the Cypher and Comp depending on what the waves are doing, and I always have the AK6 medium fins in my boards. I use the Synth waist harness, featuring Curv, which is super comfortable and lightweight.

What’s one of your favorite photos you’ve taken or had taken of you recently and why?

One of my favorite photos I recently took was of Ozzie. We had planned to go shoot in the afternoon and the wind just never came through how we wanted it, so I ended up having a kite session by myself. About an hour later, I could see his kite in the lagoon in the distance, so I packed up my gear and ran about 2km along the beach with my camera and we just got a magic gust, and everything just aligned perfectly. 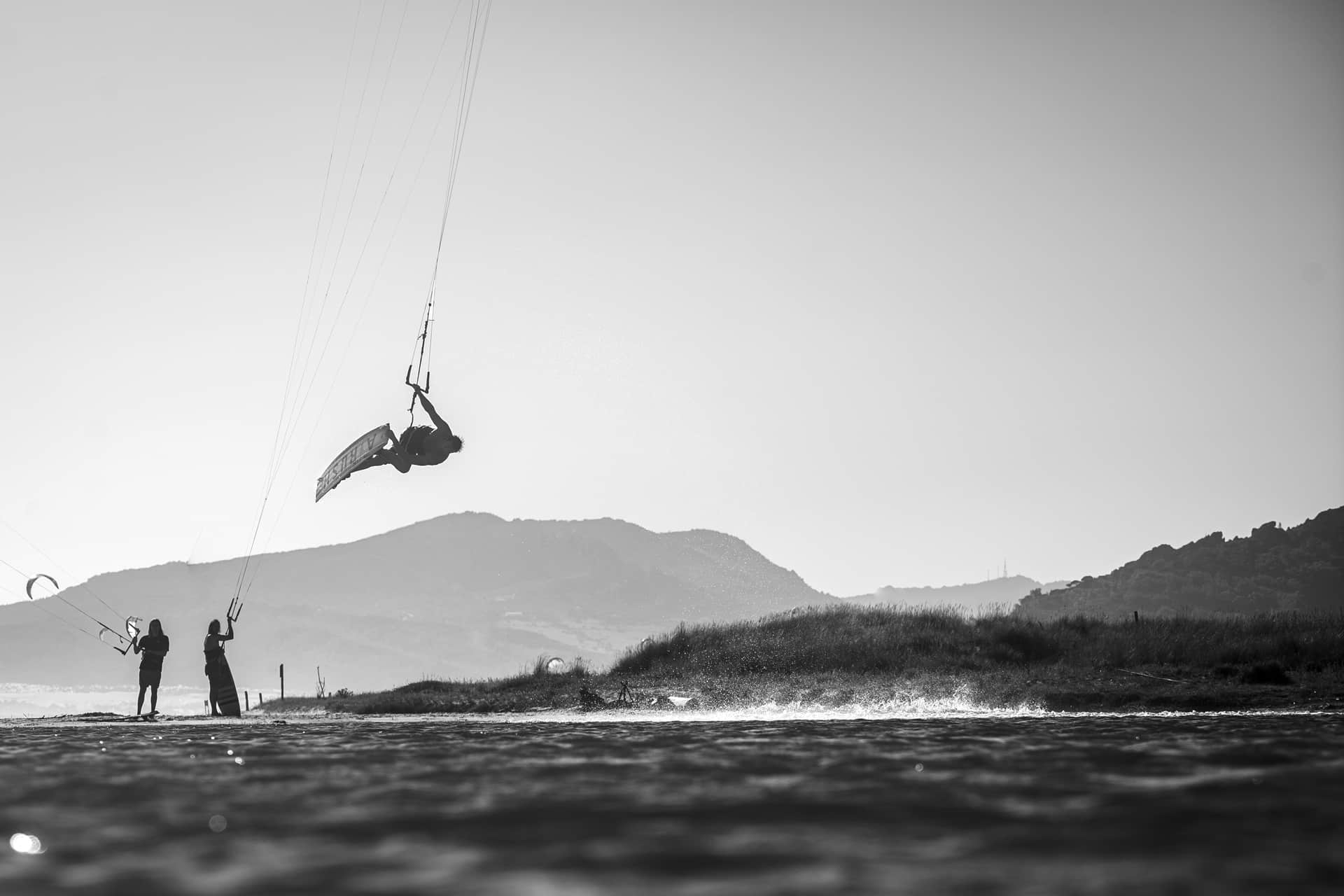 For myself, it was actually my first session using Airush and AK gear, and one of my friends happened to be on the beach taking photos and managed to grab one of me too. I didn’t know anything about it at the time, and then later that day he sent it to me and the stoke was real. Wasn’t the greatest riding shot of myself, but just to have a photo with all the new gear made it that much better. 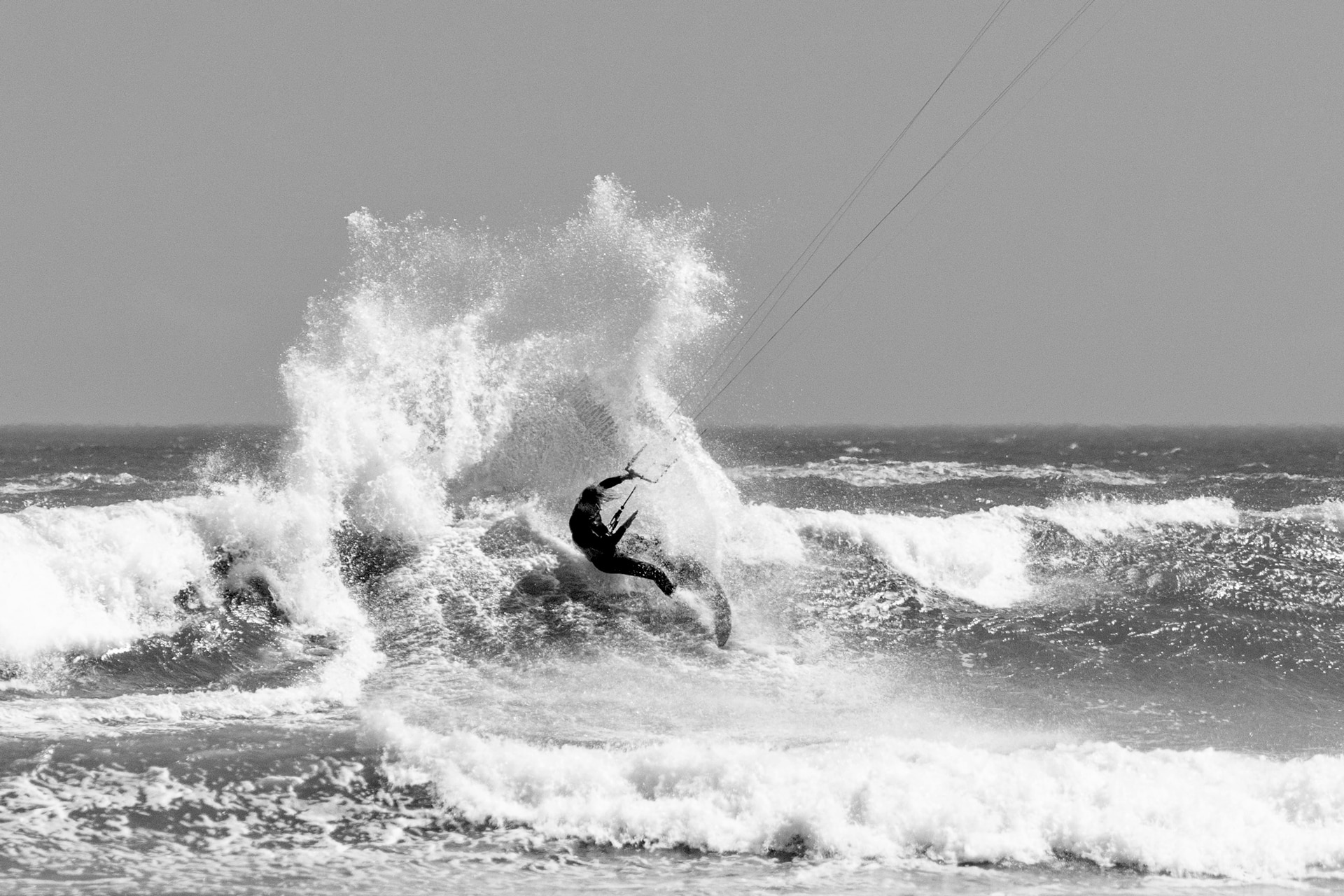 Who are you inspired by at the moment?

At the moment it would have to be Airton Cozzolino or Keahi de Aboitiz. Airton for the way he is pushing strapless freestyle and big air, I can’t actually wrap my head around some of the moves he is pulling off at the moment. Keahi must have one of the smoothest styles in wave riding and his technique on the bigger and more hollow waves is really incredible.

Definitely somewhere in Indonesia, or even Mauritius. Just to have perfect waves rolling through and to be kiting in boardshorts is definitely a big appeal. 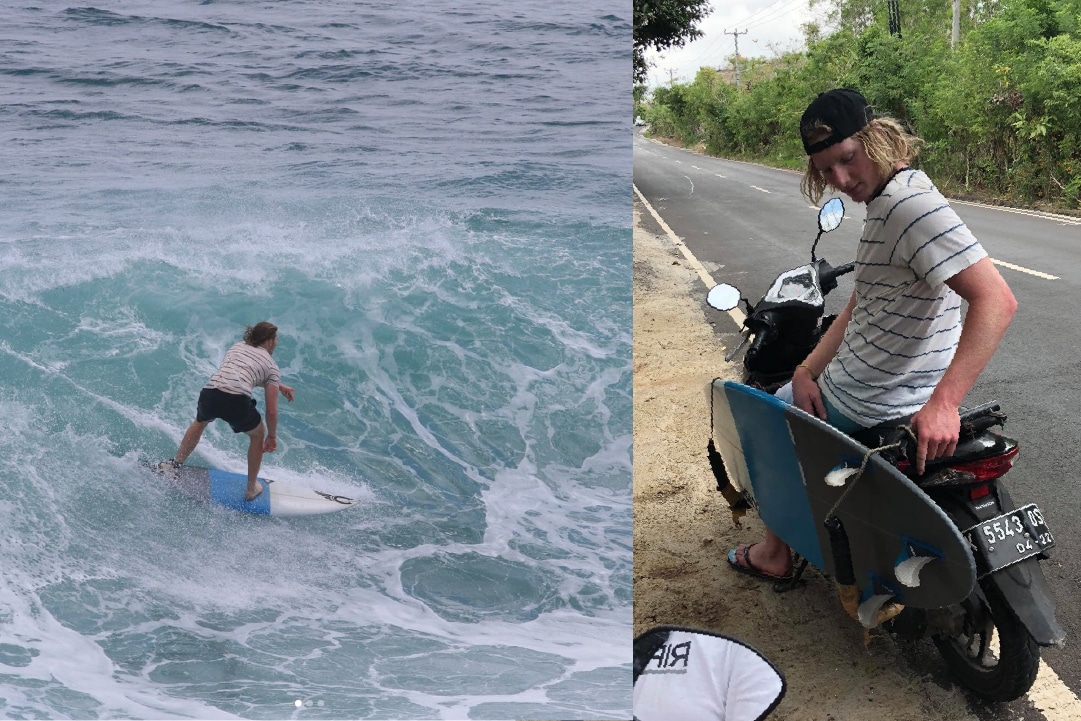 Who would you say is your biggest influence right now?

I would have to say my friends and family, the ones traveling and the ones back home who have always been there to support me. Even if it’s just kind words, it’s always amazing to feel that the people who are closest to you are hoping you make it as far as possible. That energy gives me the motivation to push and keep on trying to improve, whether it be for filming or kitesurfing.

I’m actually planning a trip to Mauritius just before Cape Town season fills in and I couldn’t be more keen to go back to that paradise. I’ve got a lot of friends who will be there at the same time and it will be awesome to link up with everyone again. 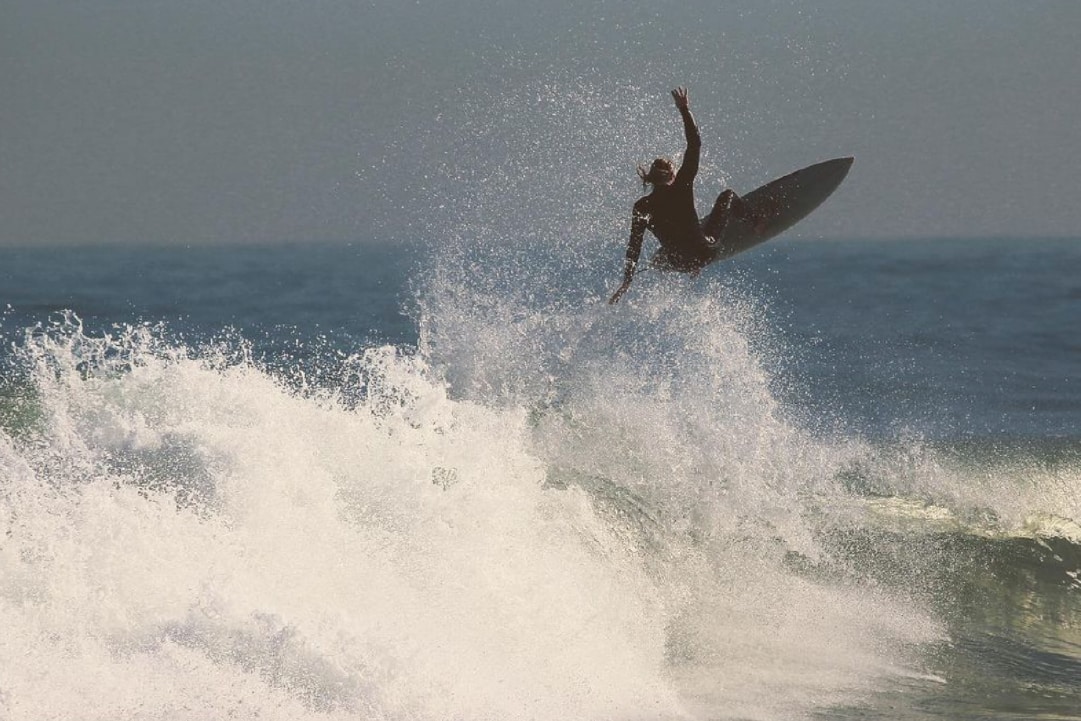