2nd March 2021: Our special friend and one of the most talented, hard-working, and creative photographers in the kiteboarding industry, Ydwer van der Heide, has suffered a terrible injury that truly could have happened to anyone who spends time in the surf. Still, without movement in his hands and legs, this brave Dutchman has a long, uncertain journey ahead. 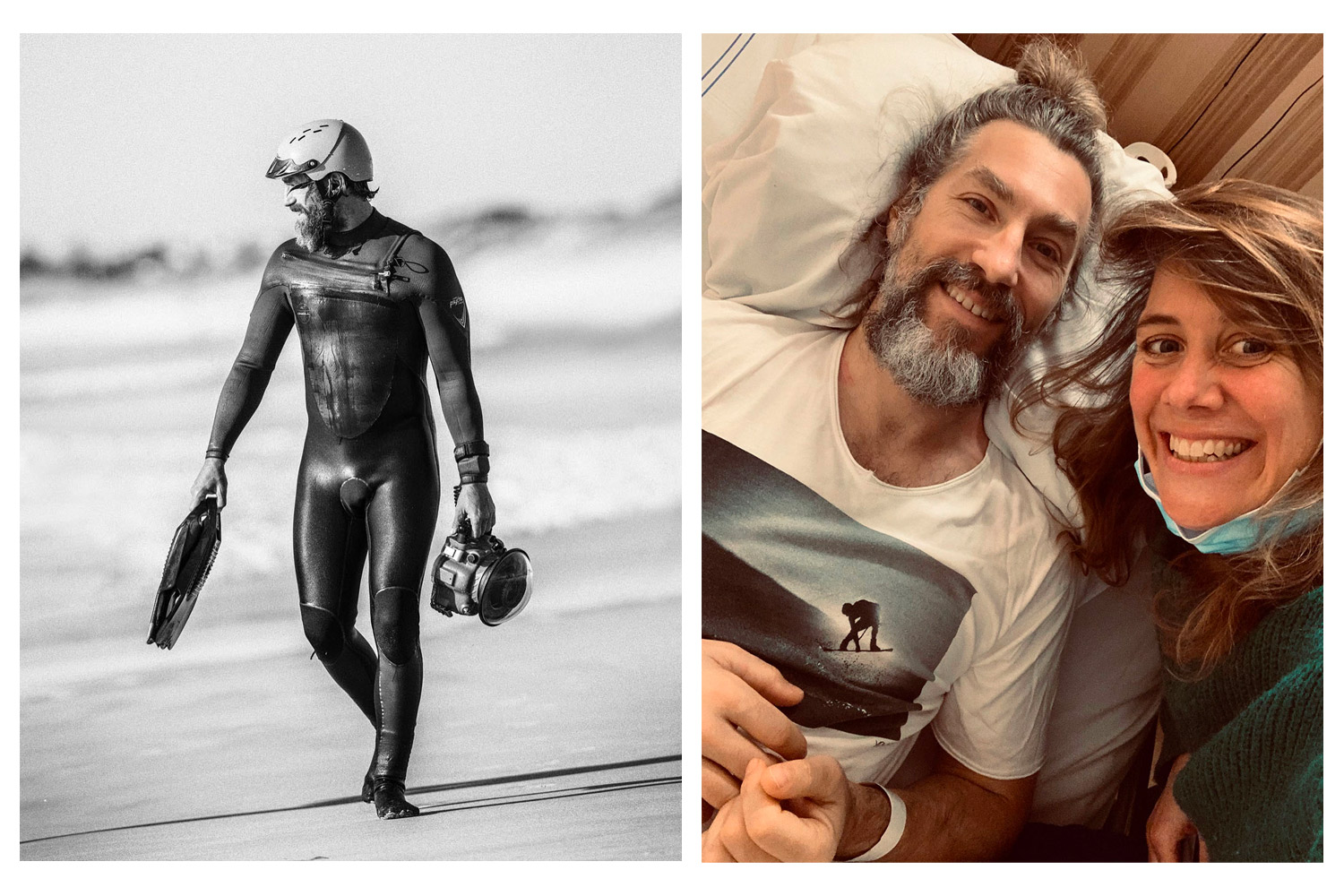 On Thursday 4th February, Ydwer was surf foiling near home at Noordwijk in the Netherlands when his foil hit the ground and he was thrown forward. Landing on his head he crushed the C6 vertebra in his spine. Unable to move in the water he was rescued by the friends he was surfing with and rushed to hospital by paramedics where he was immediately taken into theatre.

After a day on a ventilator and two days without it in ICU, then three more days on a neurology ward, Ydwer is now a resident at a specialist rehabilitation center, Heliomare in Wijk aan Zee, where his treatment will continue for the foreseeable future. 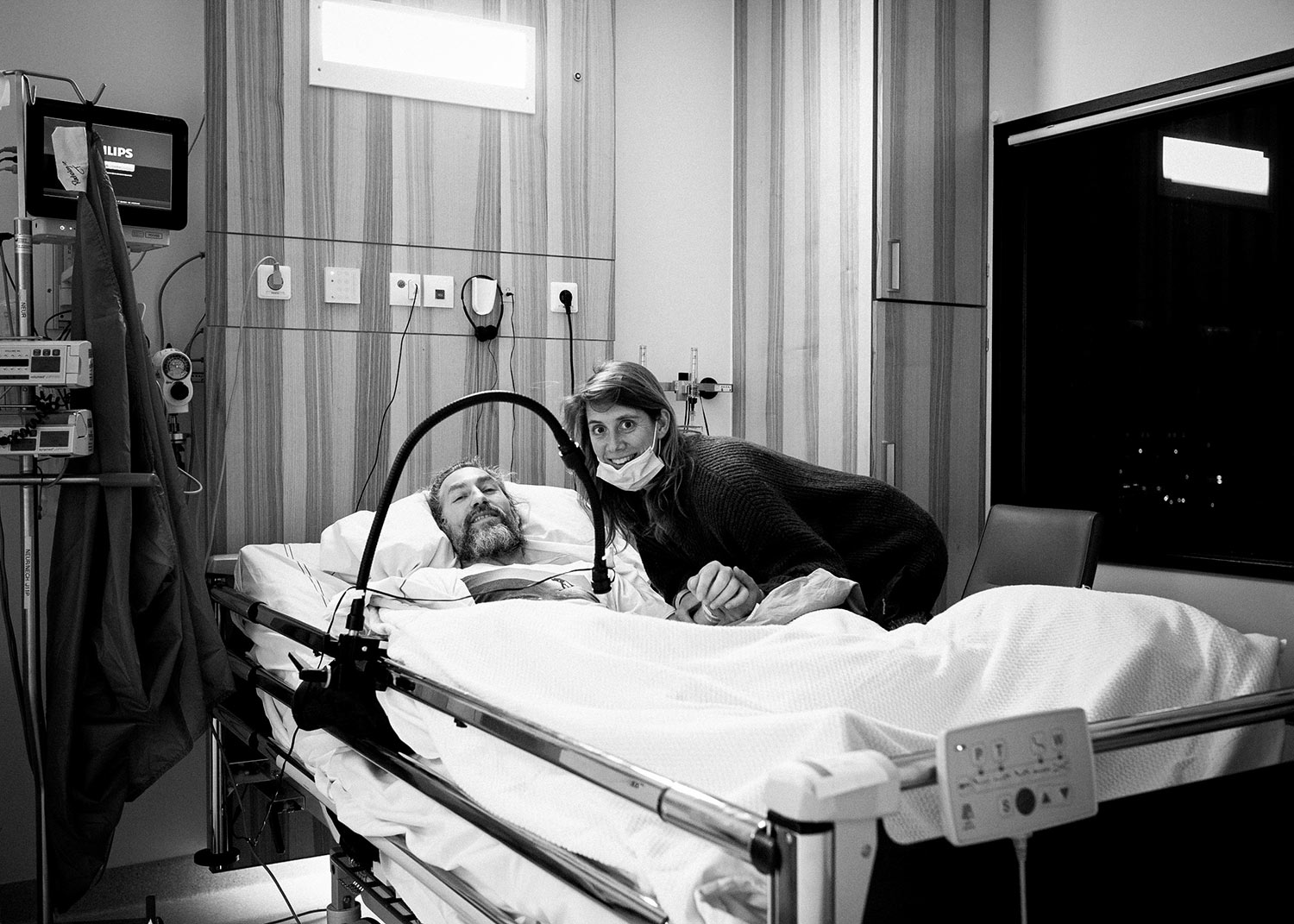 Caption: Ydwer and Marije, day five after the accident. Shot using Ydwer’s remote trigger and then he edited the image himself using the tablet’s voice command functions.

Ydwer is one of the most prolific photographers when it comes to creating inspirational magazine cover shots, evocative action images for advertising campaigns, and for capturing sensational moments at international kiteboarding competitions. His images have helped riders develop careers and inspired a great many more to take up the sport. 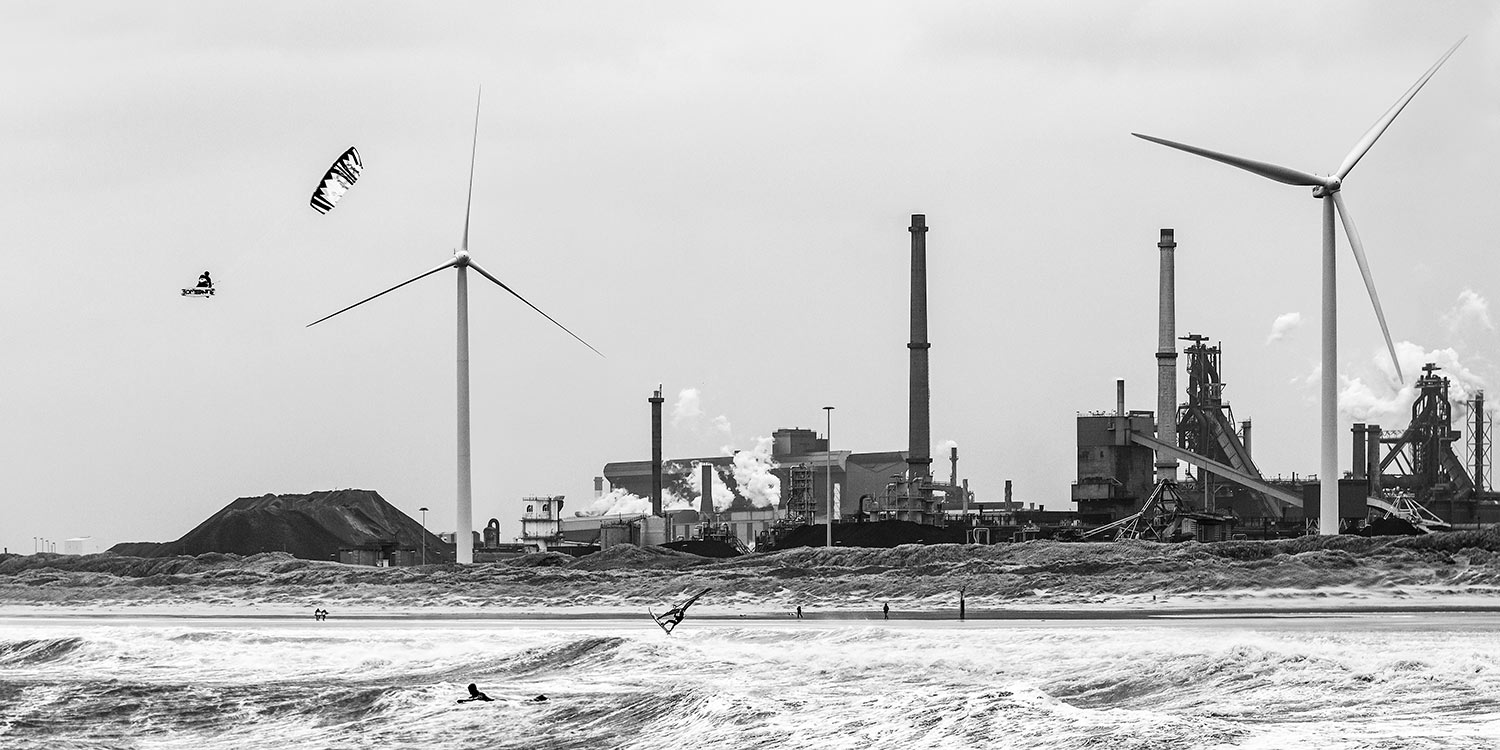 Truly dedicated, he is also one of the only photographers to purely make his living from shooting kiteboarding. In a moment everything has changed but, a testament to his immensely positive character, he has already promised the rehabilitation center staff that it’s his mission to somehow take some good photos of their facilities as he couldn’t find any online! 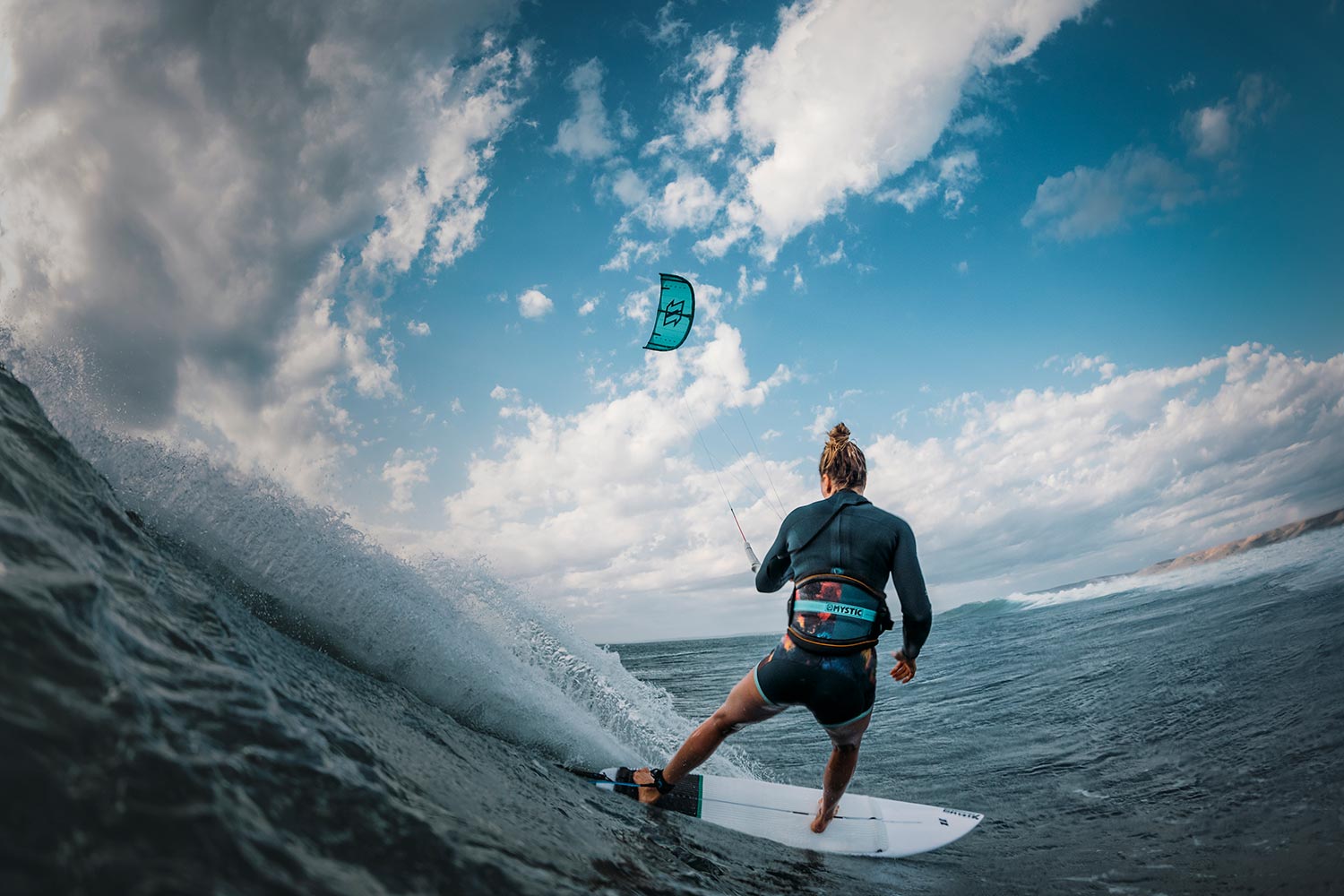 Although he can only move his wrists, and is still without movement in his hands and fingers, in the last week Ydwer has managed to become friends with Siri and Voice Control on his iPad to verbally control the tablet. He is over the moon to have been able to do some basic photo editing this way. Photography is his life’s work and even small steps like this are making a huge difference.

We’ve seen how Ydwer and his girlfriend Marije have tackled their first three weeks since the accident with inspiring positivity, but they now surely face a difficult road ahead physically and financially when it comes to his rehabilitation.

They’re a responsible couple with suitable insurance for Ydwer’s career, but with an injury as serious as this and the lengthy, specialized recovery process to follow, there will be challenging costs that go beyond any policy cover.

The next six months are crucial in terms of how Ydwer’s long-term recovery will look. Although his treatment at the rehabilitation center in Holland is covered by insurance, the pair are already facing a loss of earnings as they’re both self-employed.

A shortlist of extra elements they’ll at least need to consider are likely to be:

– Equipment costs, such as wheelchairs, specialist beds, and in-home aids.
– Home modifications including ramps, railings, and lowering benchtops.
– Vehicle modifications.
– Perhaps the biggest of all could be visiting a specialist outside of Holland as that’s not covered by their insurance.

This fundraising page has been suggested and set up by their friends. Lots of people have offered their support and we feel that donating through this fundraiser is a good way for us all to collectively help make a difference at this very early stage of his recovery.

We, as Ydwer and Marije’s family and friends, appreciate any support, messages, and donations you can offer at this difficult time. One day, hopefully soon, we’ll get to see Ydwer behind his lens taking spectacular images again. 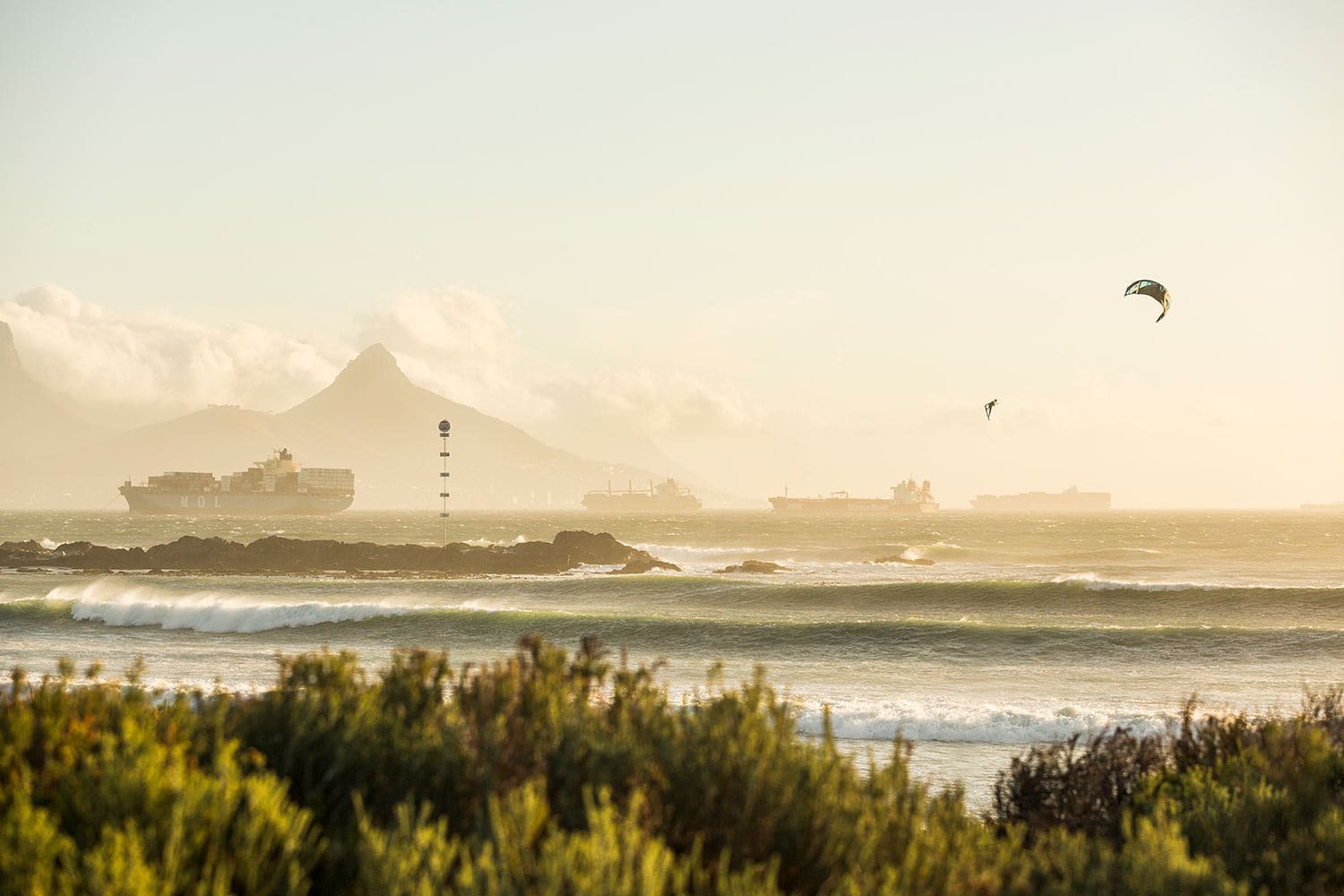