Xavi is a 14-year-old waterman from Tarifa, who is fast making an impression in the Wing scene. We caught up with him to see what his years on the planet so far have had to offer… 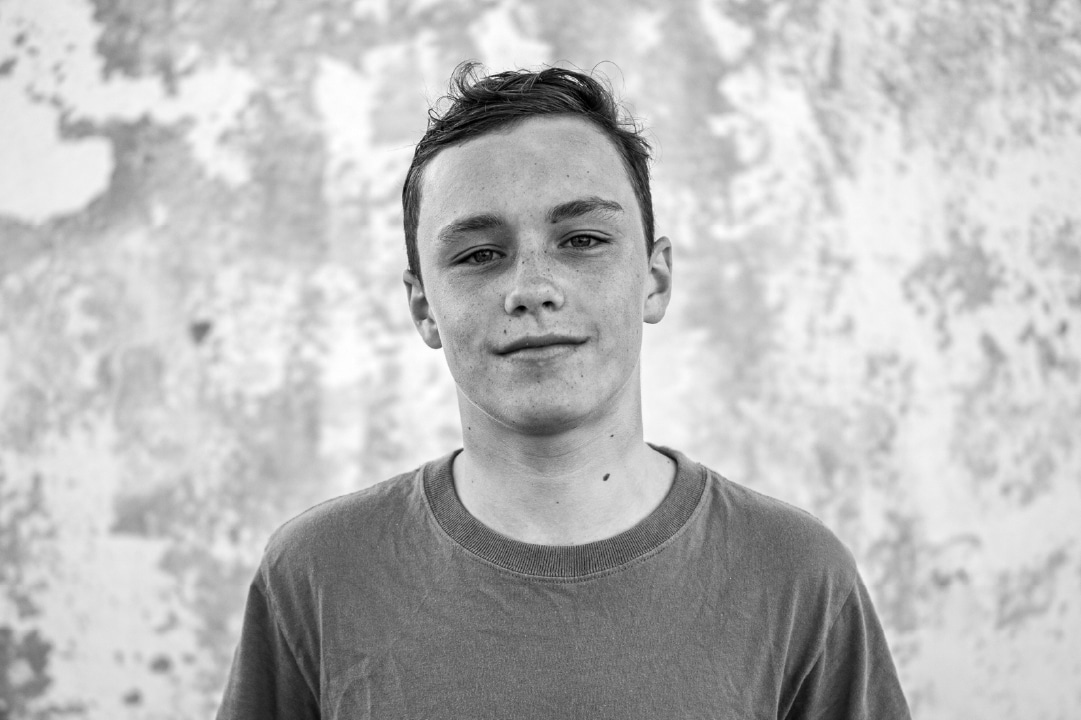 How did you first get into watersports, and foiling in particular?

Tarifa is basically the wind capital of Europe, so it is really big with lots of events and pros based out of here. My dad got me into kiting when I was eight years old, and I started doing strapless kiting straight away. After that, I did a little bit of kite foiling, but I only started wing foiling at the start of 2021.

What does a day in the life of Xavi look like at the moment?

Well, I have school, and then I am on the water when I can go winging. I love surfing, kiting, and also mountain biking, so besides some stretching, that is my training.

I love being in the water, so being lucky enough to grow up in Tarifa with all these amazing wind sports around has been a privilege. My parents have been amazing in supporting me all the way, along with so many great people who have shown me the way out on the water. 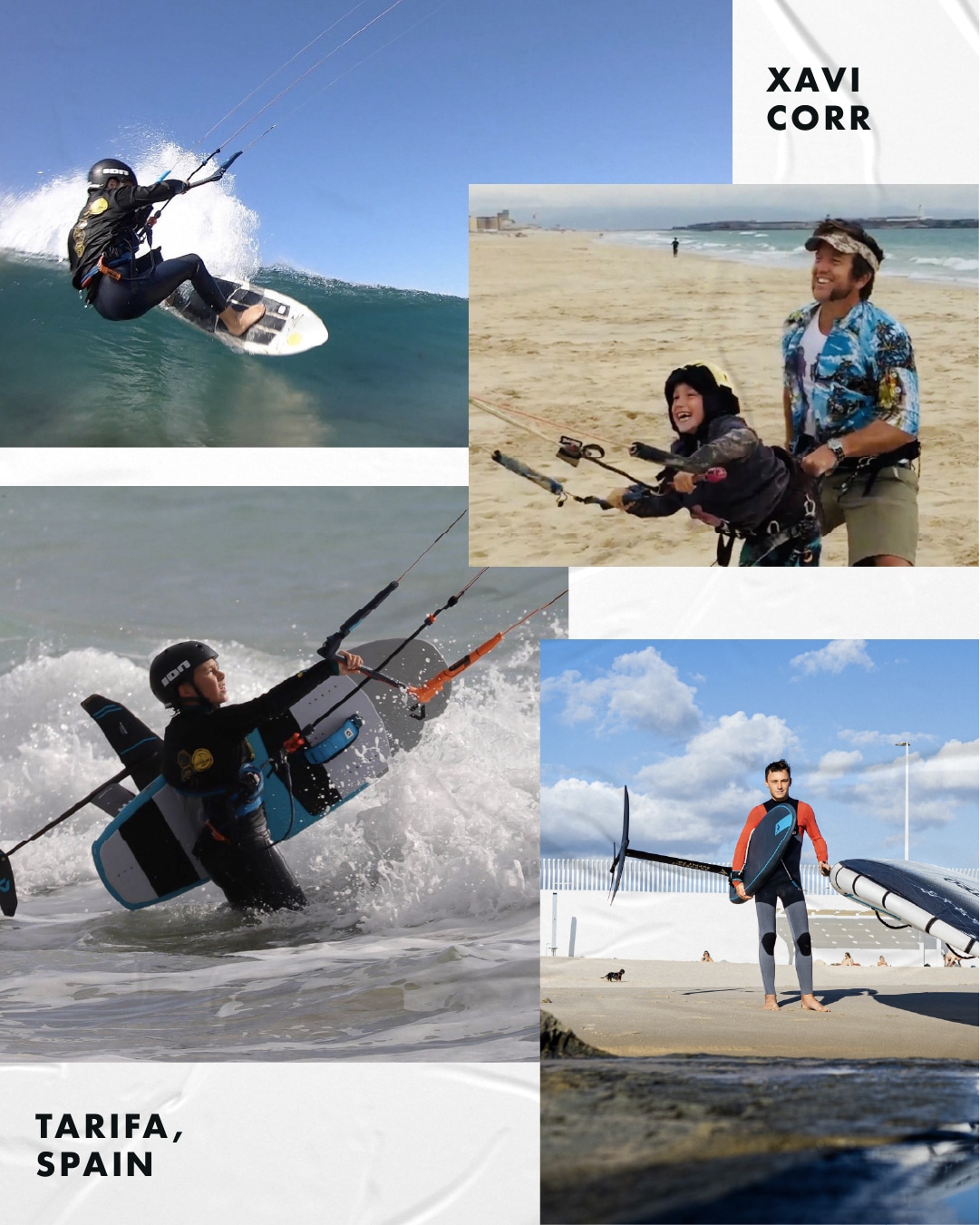 What can you tell us about the foil setup you’re riding now?

I am using the Phazer foilboard, high-aspect Plasma 1000 front wing with a 260 stabiliser and 80cm carbon mast, and the FreeWing Nitro. It’s a super light setup, which is really important for me being smaller and wanting to do freestyle tricks. The foil is also really fast, has got great glide, and is super fun in the waves.

The double flakka, which is a frontside 720º air, but I am loving trying backflips. I am hoping to be enjoying all sorts of flips soon.

What’s one of your favorite photos taken recently and why?

Doing a backside 3 grab in Playa Chica, here in Tarifa, not long ago with the magician Sam Cardenas. It has the views of Africa and the port of Tarifa in the background, and I remember just having fun that day doing the photoshoot, even though it was so cold. 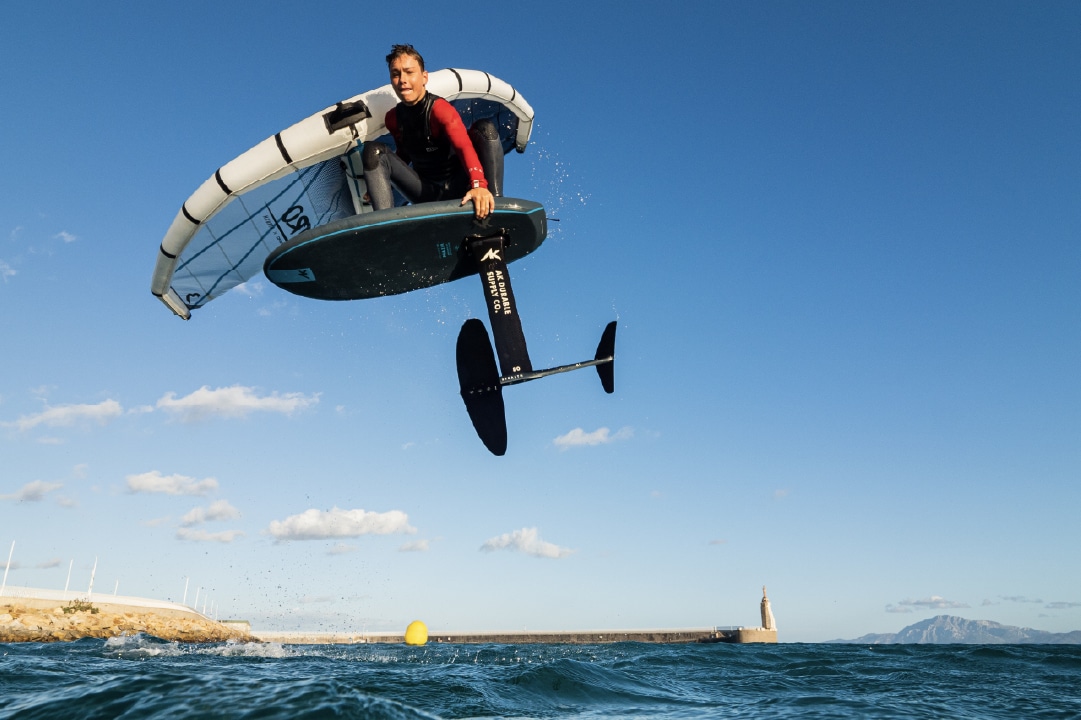 What is your hometowns best-kept secret?

Spring sessions. It is so busy here in Summer, but in Spring the mountains are all green, the beaches are empty, and there’s still some swell around.

Tell us something interesting about yourself ?

I bake a great banana bread!

Who are you inspired by at the moment?

In winging, Titouan Galea and Balz Muller are both out of this world. Different styles, but both pushing the limits all the time, so cool to watch. Then Kai Lenny and Zane Schweitzer are pushing the limits in big waves and are complete watermen for sure. 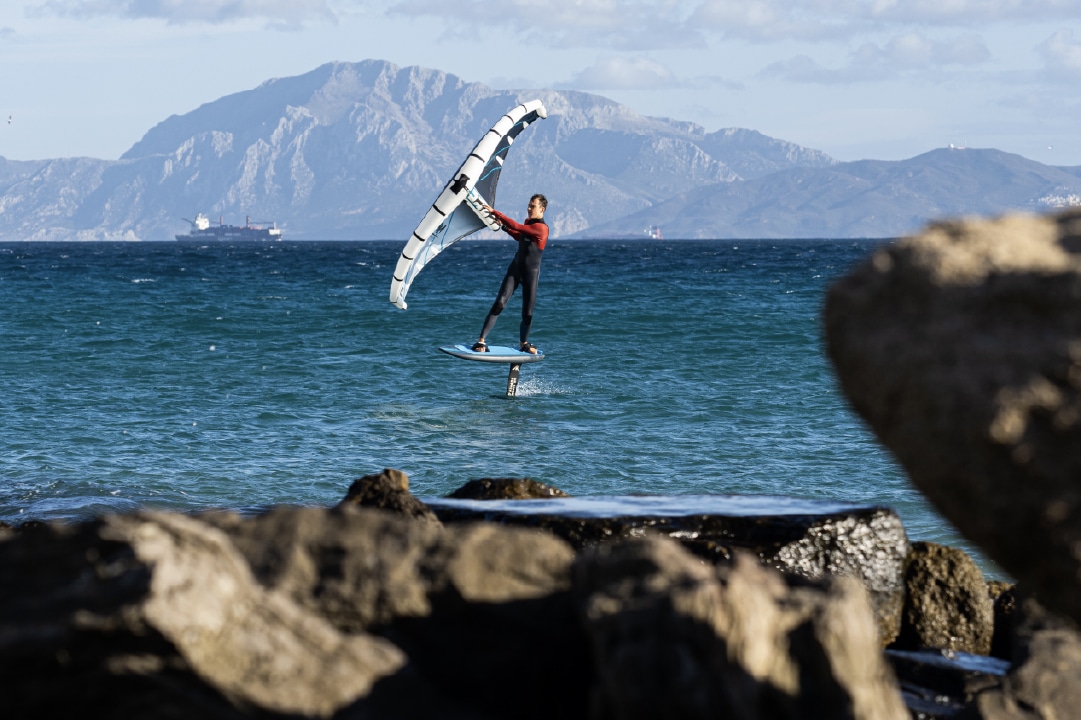 I haven’t been, but I think I’d go to Hawaii because it has waves, wind, and some amazing people. Downwinders, surf and wing foil, and surf; I think it has it all!

There is so much to learn, with so many places to go, and great people to meet. Getting on to bigger waves foiling is something I really want to do, and doing long downwinders on fast foils sounds like great fun; along with seeing what the next big thing is. 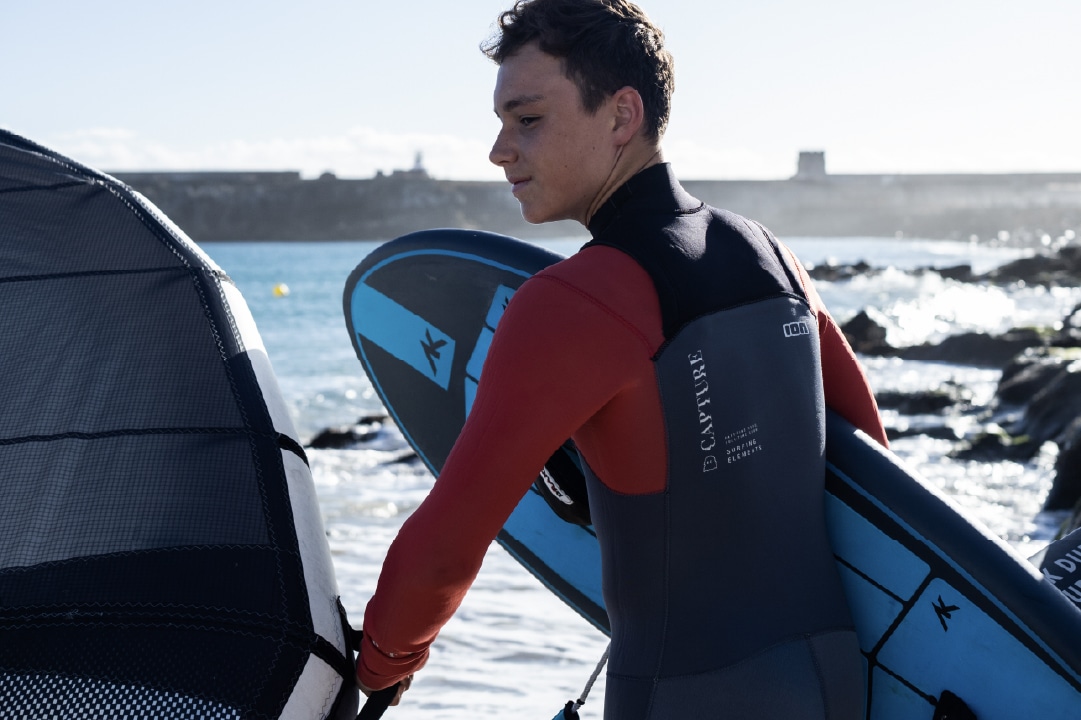