Xavi recently won the U16 World Youth Championships for Slalom and Freestyle, and went on to win his first World Cup tour stop, which is an amazing achievement at his age. Well done, Xavi! 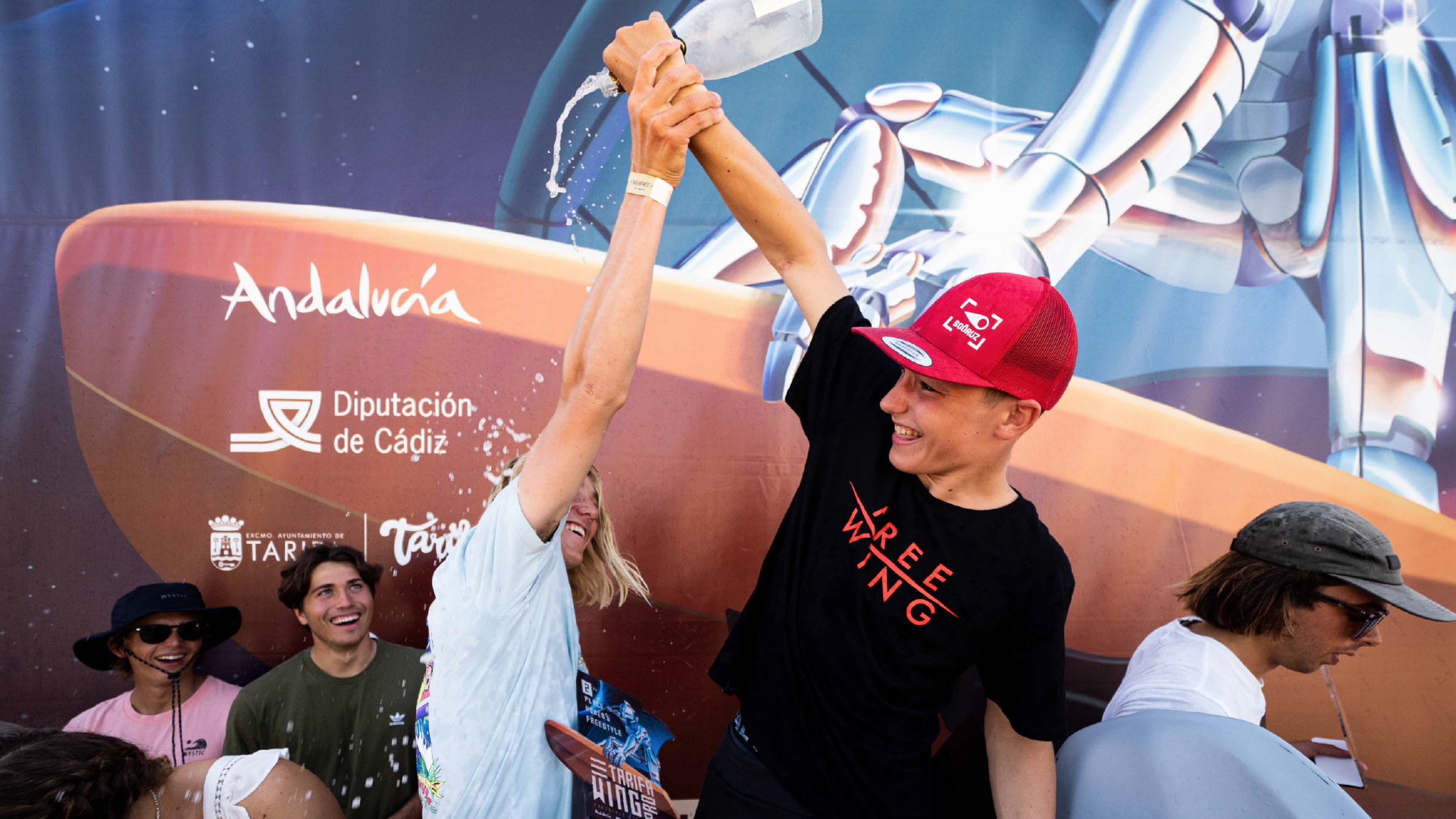 The World Youth Championships consisted of two events and disciplines. With 3 age categories, (U19, U16, U14), the two disciplines were Race/Slalom and Freestyle.

The first round in Oliva, Spain, ran in very light wind; Xavi was very strong in Race, and won the Freestyle event to ultimately take home the U16 World Championship title for both disciplines.

“We had a final 4 in the Freestyle U16, and it was so tough to compete against the French crew, who are all ripping and on the GWA Pro Tour. I’m happy to come first this time, and look forward to some great battles in the months and years to come for sure. The level of all the riders is crazy good!

In Slalom, I was also happy to come first, and had the same guys just behind me this time, with some great racing. It was great to meet groms from all around the world; US, Australia, Italy, NZ, Guadeloupe, and the U12 guys are ripping…” 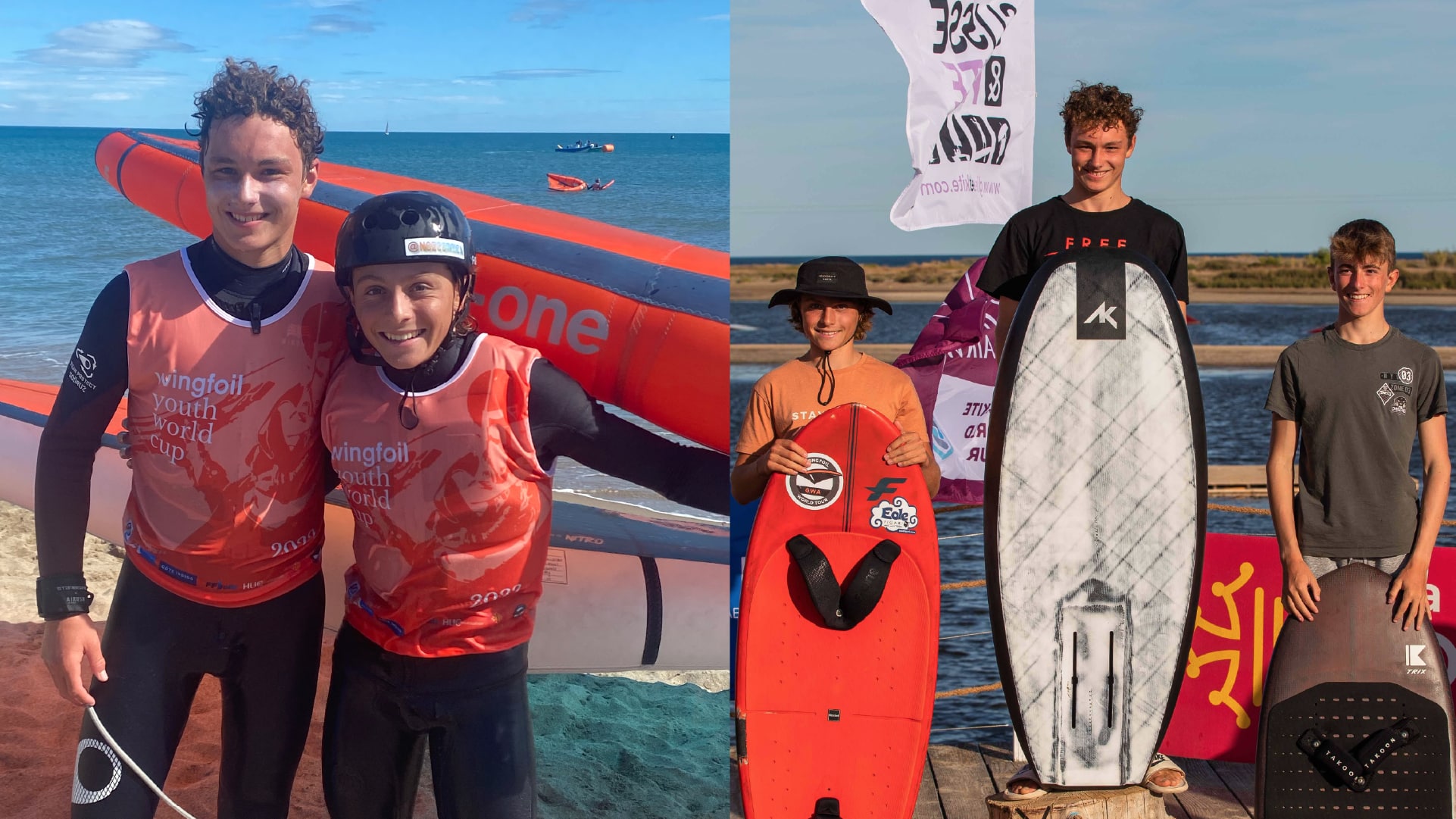 In France, they ran out of time, so Xavi only participated in the Race event. The race for 2nd and 3rd was very tight between Xavi and Morgan Ostermann, and Xavi managed to take 2nd with enough overall points to secure the U16 Racing World Championship, along with the U16 Freestyle title.

Moving on to the GWA World Cup tour stop in his home town, Tarifa, Xavi did an incredible job, winning all of his 6 heats. The highlight of the event was his semi-final against Titouan, with a 31.2 score, the highest for the competition with a One Handed Front Flip, 720, Backflip, and a Topside Backflip, leading to Xavi taking the event win by 3.5 points. 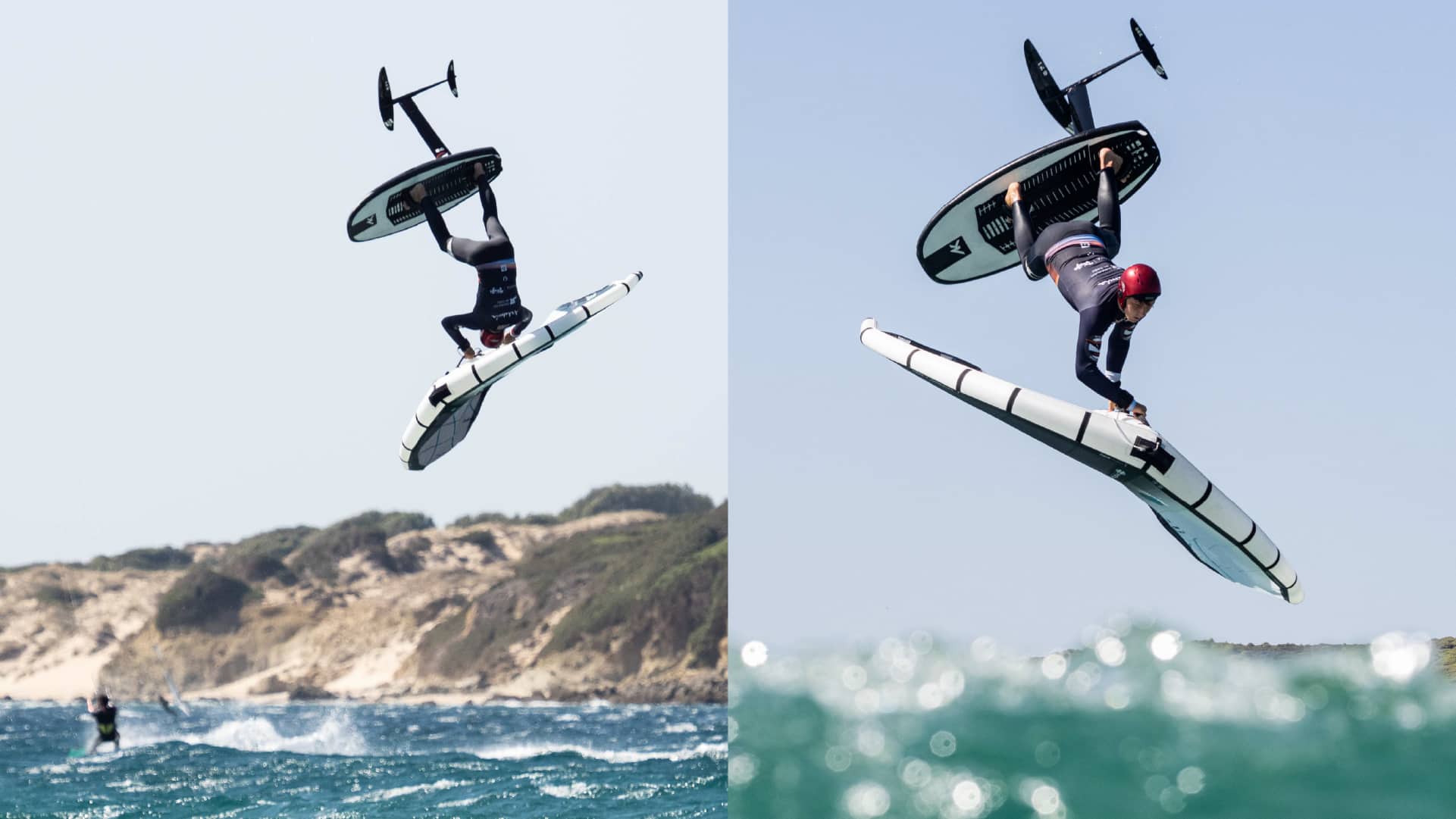 The final was even more intense, as the wind picked up to 35kts, and the contestants were struggling for control on 3m wings. Xavi scored slightly less on each of the first three scoring tricks compared to Malo, but on his last attempt, and with 5 seconds left before the heat ended, he nailed a big 720 with a score of 8,37, which was clearly the highest scoring trick of the final. This allowed Xavi to jump ahead, having been trailing behind the whole final. 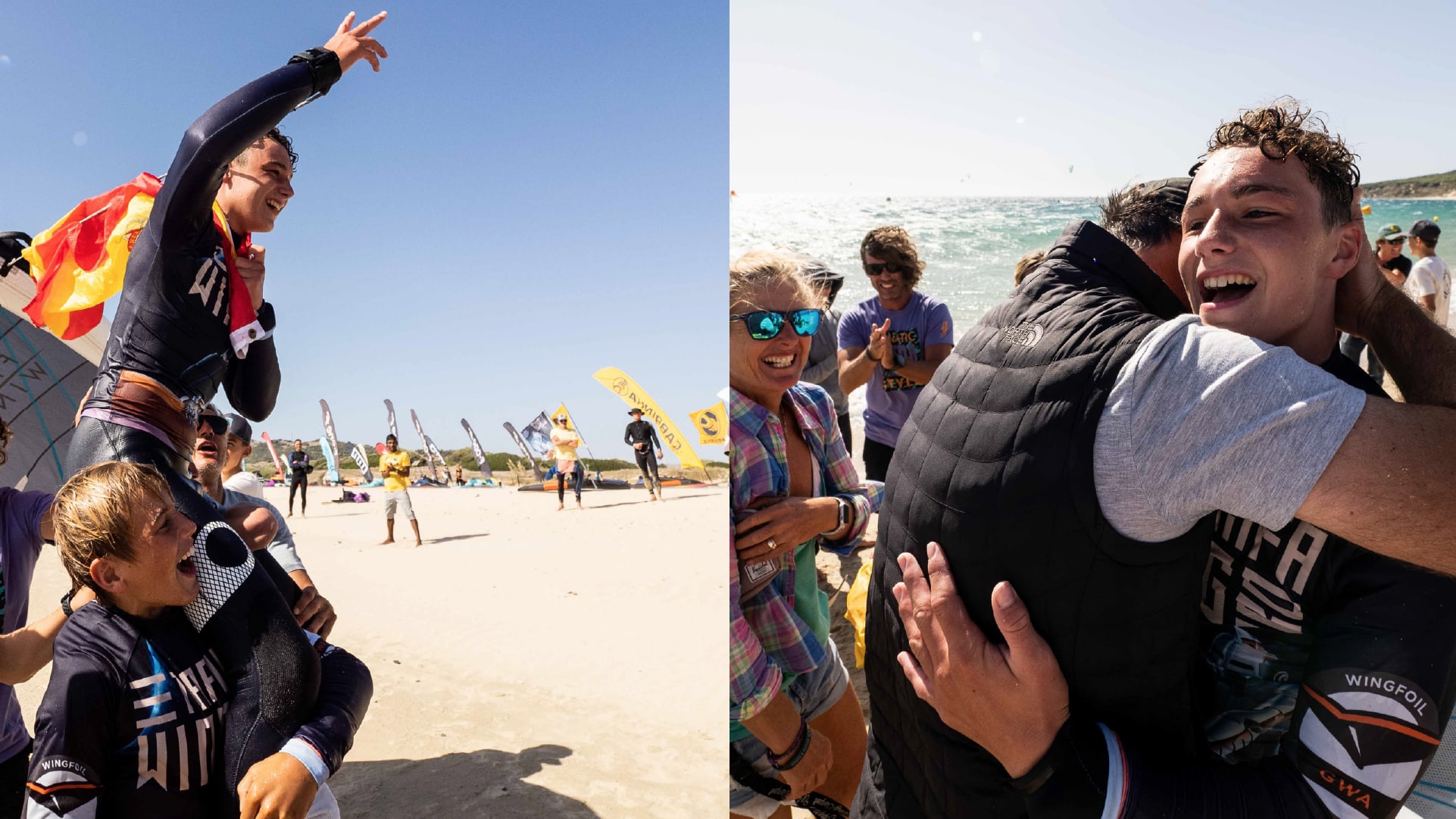 “This is my biggest win so far for sure, and at my home spot was insane!

The levante wind was a bit sketchy for the first two days, but on day 3, when I did nearly all my heats, the levante was building during the day, getting up to 35kts for the final.

I was getting solid heat scores, but when I made the semi against Titouan, I knew I would have to go big to get through, and for sure it was my best heat ever. I sent a big front to start, and then landed Backflips, a Toe Side Backflip, and a 720. I then sent a one handed front and landed it, which is my first time doing so in a competition. 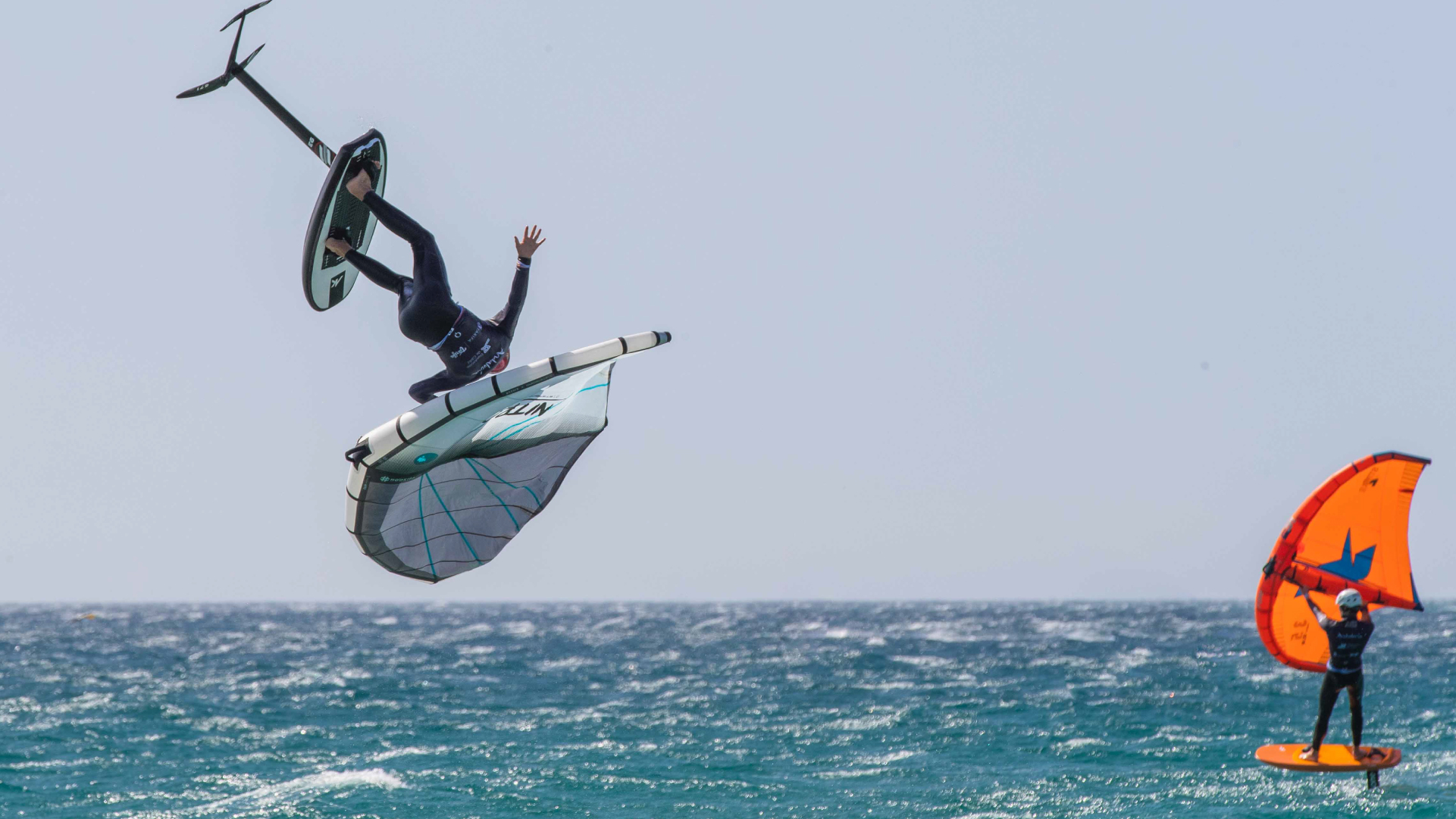 The wind jacked up even more in the final against Malo, and I was fully powered on my 3m wing, and only just hanging on during the big gusts. The strong winds made the 720 super hard to land, so we traded for Front Flips and Backflips. I was behind on the last trick attempt, and with only 5 seconds left in the heat, landed a big 720 for a big score to take the win.

I was so pumped and the beach was full of loads of local Tarifeños, friends, and family going mad; I will never forget that for sure. Malo is a great friend, so to be in the final together and share that with him and the other riders was epic.”

Moving Up The Ranks

His previous results are 9th, 9th, 4th, and now 1st, so he has been moving up the ranks, and is now the youngest rider to ever win a World Cup event on the Wing Tour.

Xavi is currently ranked 5th overall, with one last event to go in Brazil, before winding down after the season and enjoying some time off to enjoy some Winter waves. 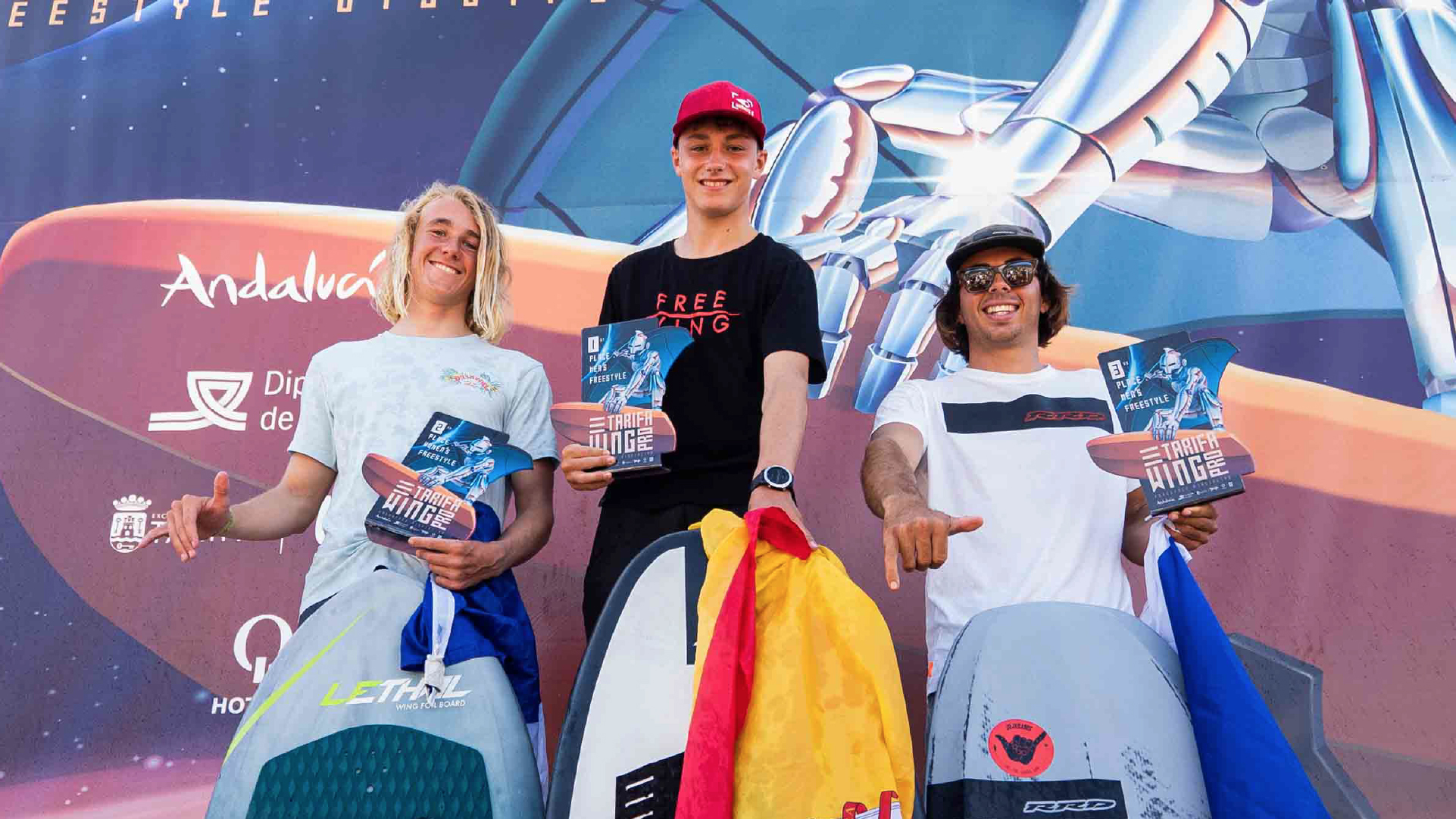 All the best in Brazil, Xavi!