Having wrapped up the first 3 parts of the Pathways documentary series, we decided to catch up with the producer to talk shop.

Tao Farren-Hefer is a good friend of ours, and a proudly South African filmmaker & photographer. His favorite fields are character-based social impact and brand documentaries, which made him the perfect fit for the Pathways series.

We asked him a few questions, and invite you to give it a read below…

Tao, for those that don’t know, what’s your story so far?

Growing up in and around Muizenberg in South Africa, it was inevitable that I learnt to surf and fell in love with the sea.

I studied film as an extension of my passion for art in school, and it made sense that the first video I made was a surf clip of high school friend Michael February.

Since then, I’ve worked as a freelance cinematographer and editor for the last ten years. I’m super grateful to have experienced many different types of projects; the medium of video and photography opening up my world in every way.

Being raised in Muizenberg, the constant exposure to diverse characters of all races and cultures developed an endless curiosity for people and their personal stories. 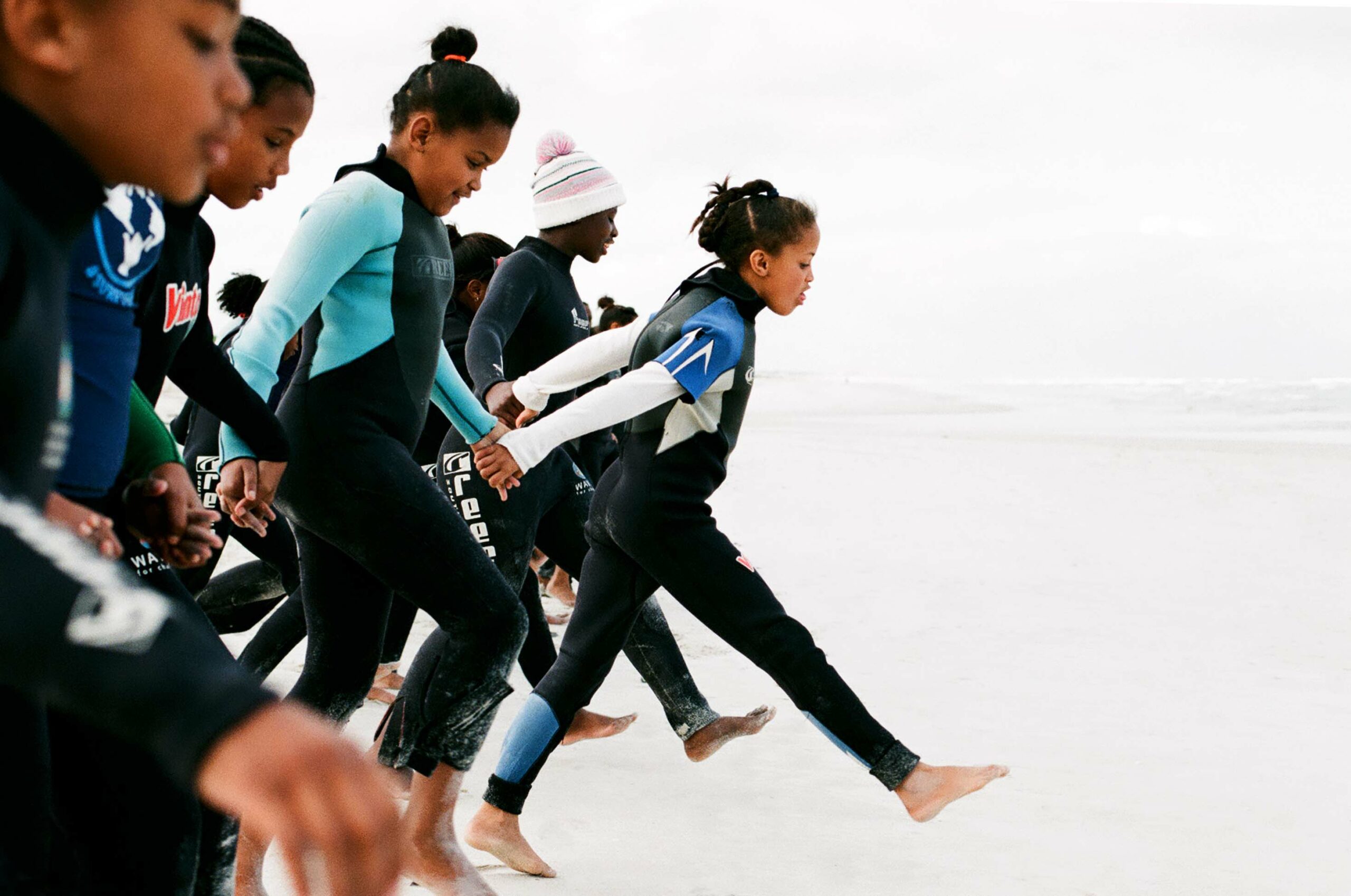 Following this curiosity, I have been led to focus on character-based stories of transformation, which have been the perfect excuse to ask any question and find out as much as possible about what drives the many incredible people in this world.

As we have heard so many times recently, Covid was a turning point in this stage of my life. A dream of mine has always been to be completely mobile. My life is currently either in storage or packed into the three bags that I’m dragging around the world as I travel and work on purpose-driven documentary films. 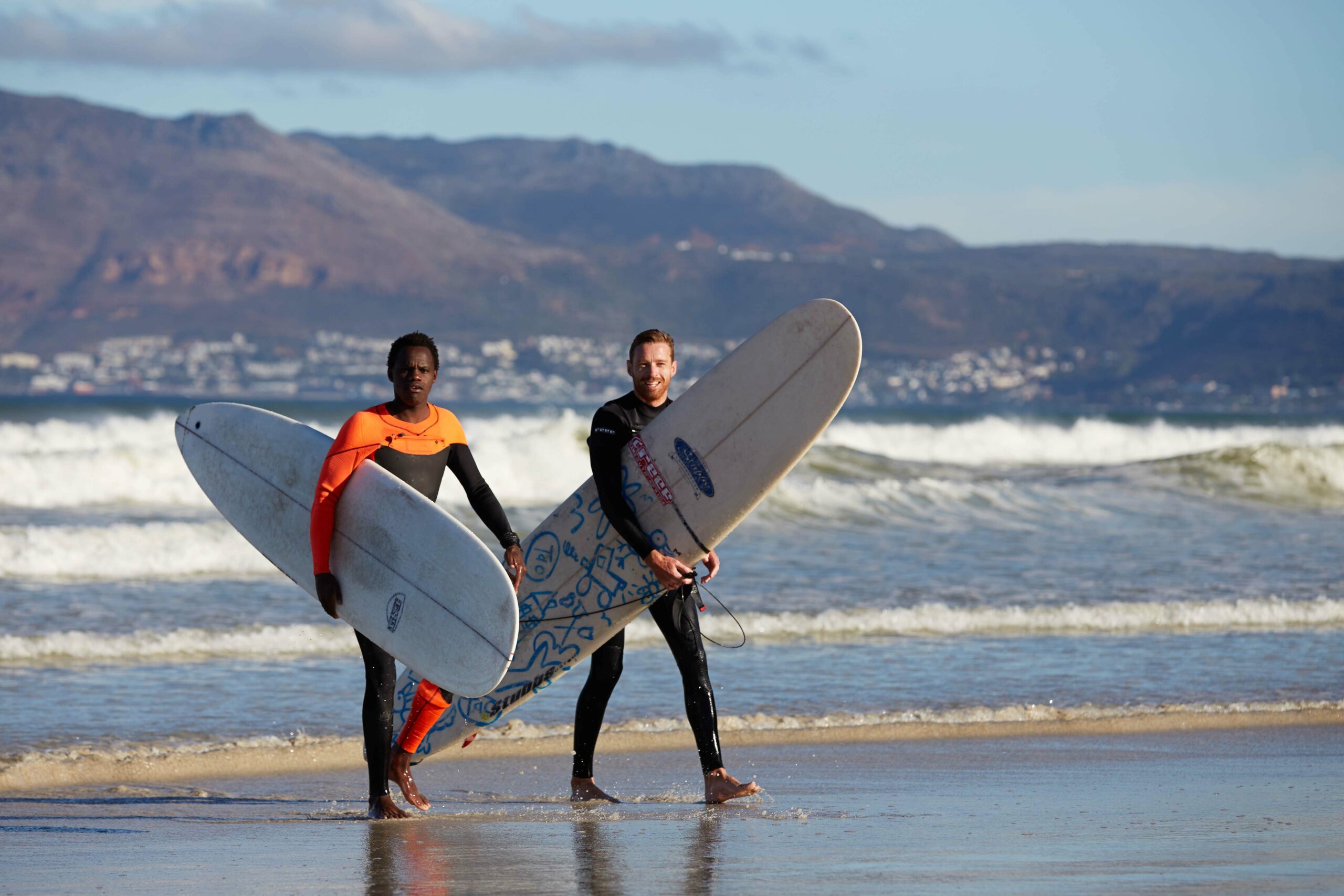 Our eclectic heritage as South Africans has its challenges, although it really does provide some valuable perspective and opportunities. Having our studio based in Muizenberg has been a real privilege too, especially with Surfers Corner right on our doorstep. 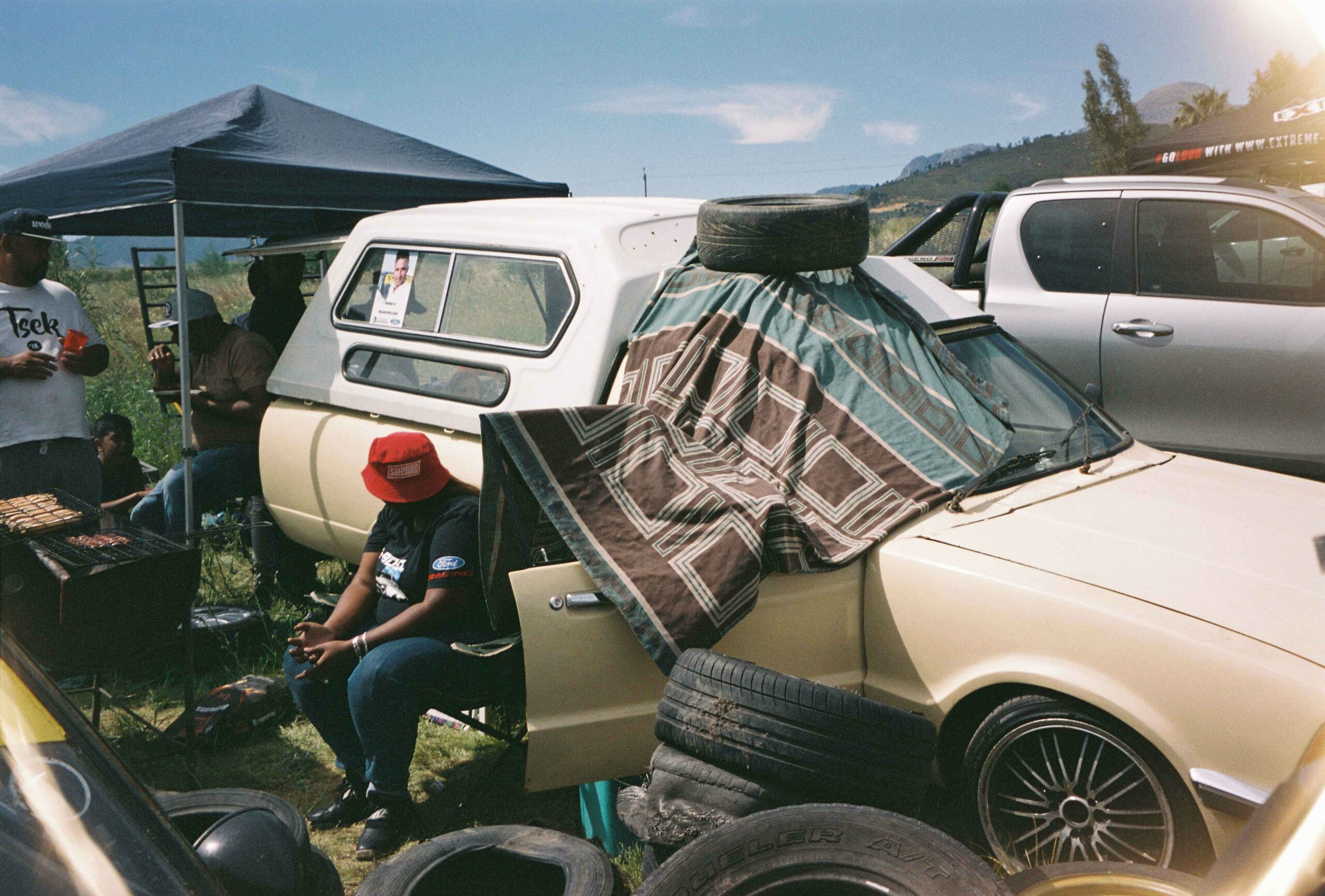 Let’s jump onto recent highlights, what’s one of your favorite photos you’ve taken recently and why?

I would have to say this image I took in Ponta Da Ouro, Mozambique, earlier this year.

He drifted away from his friends and sat on the rock like a statue for almost an hour, just staring at the sea.

I could feel his amazement, and shared it, until I snapped out of it to ask his permission for the shot. 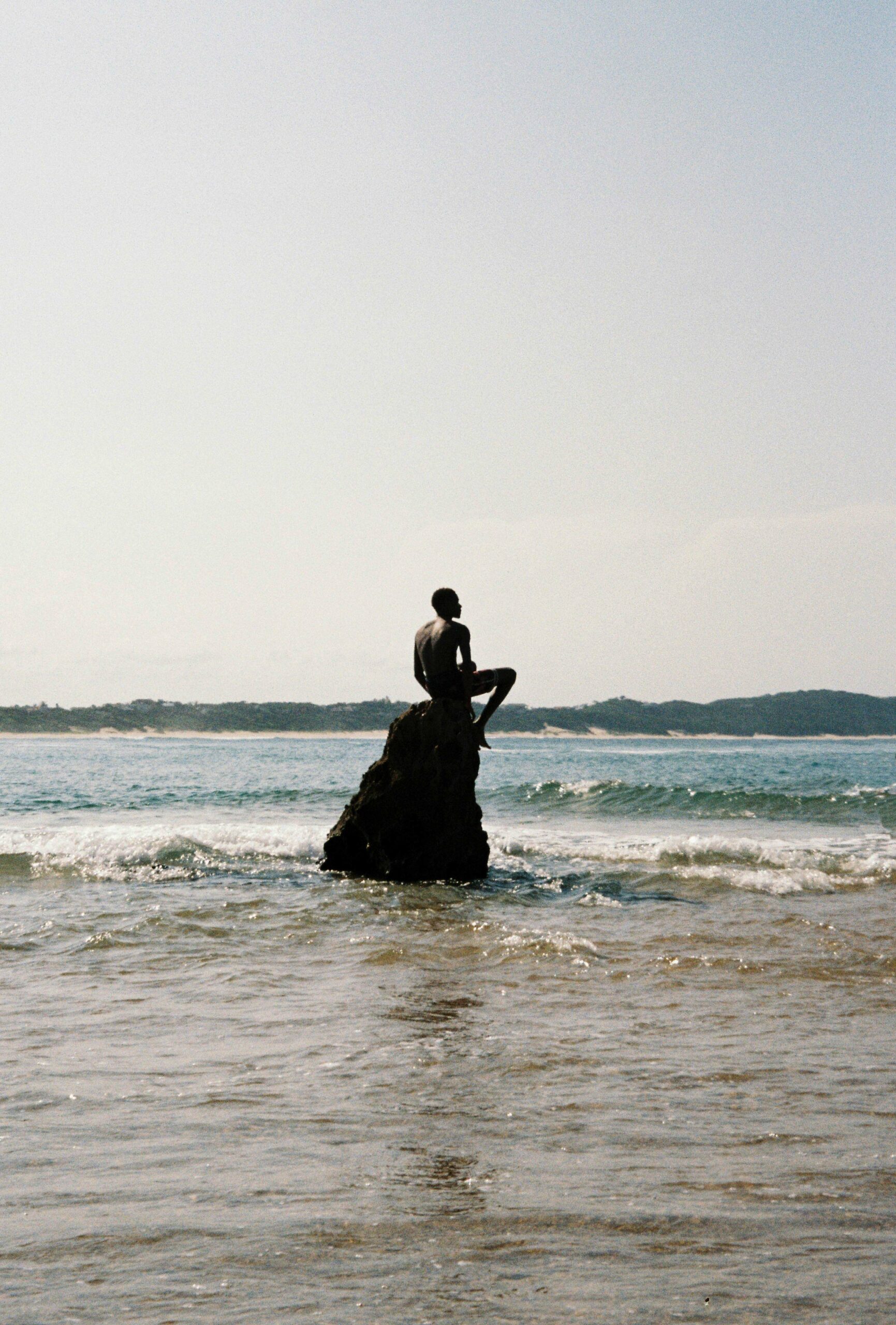 It’s such a pensive and deeply relatable moment, raw too, beautifully captured.

Everything around me is completely brand new to me. I can’t understand what people are saying and have no idea how anything works.

Especially when in Cape Town, it’s so easy to create your bubble and live in it peacefully, but I feel that this can quickly become stagnant.

Being out of my comfort zone, as challenging as it often is, forces a new perspective of everything, including myself.

Having spent some time around you over the years, it has been personally inspiring to see you on this adventure, enjoying these new experiences. While on these missions or on your down time, what are you listening to or watching at the moment?

There’s a really good French radio station that we have been listening to all day.The music is remarkably diverse, and after the repetitive pain of the Spotify algorithm, it’s really refreshing to hear completely new music.

When deciding on what to consume visually, I generally stay away from TV series. They are all so good nowadays, that I’m scared of disappearing for a few days in a binge, but I always make an exception for Atlanta. Donald Glover and the director, Hiro Murai, are geniuses .

Each episode is a brilliant short film that takes you on a rollercoaster of emotions, pushing you to your boundaries in a healthy way. I struggle to explain how masterfully crafted and contextually important this show is, and I cannot recommend it enough!

Why did you get into media production, and what is your greatest accomplishment so far?

I made it into Michaelis, the UCT art school, but my 18-year-old brain had an image of myself standing on the side of the road selling paintings, so I thought photography would be a safer bet. Studying filmmaking felt like a natural extension of that.

Even though it felt like an accident at the time, I’m glad I did go this route, as film can be an immensely powerful combination of the senses. It’s a medium with countless possibilities for relaying a message.

I think my greatest accomplishment so far is telling the story of Xolani.

This was special to me as I usually work alone, but this project was created in collaboration with a super talented team, and it felt like the first time creating at my greatest potential.

It’s not often that purpose aligns with external validation, so this was a unique and encouraging moment for me.

Xolani’s feature was so powerful and is the type of work we know suits you so well, well done!

For AK, you produced the 3-part Pathways series with Dale, Jack, and Zane, tell us about that?

I first started working with the team at Solar Station Design in Muizenberg when I was fresh out of film school. Since then, we have connected on freelance projects regularly, and I was extremely excited to receive the brief for the Pathways series.

When I met with the AK crew, I appreciated that you supported telling real stories about real people.

I could tell how the staff and riders had developed such close personal relationships over time, and it was interesting to see how well they knew each other. The information learnt from these relationships was the perfect starting point to make these films.

The diversity of the characters within the AK team is amazing, and to be given the opportunity to dive into the minds of these athletes was really fun for me. I got to understand the working of their minds, and the driving force that has led them to perform and compete at the level they are today.

Spending time with these elite watermen made me want to be more experimental with water sports too. It makes so much sense to be able to surf when there is swell, kite when there is wind, or foil when there are no other options.

It’s so strange how, within the water sports world, we have created this habit of separating people by their choice craft, when really, we are all there for the same shared love of the water. This series really made me dig deeper into this. 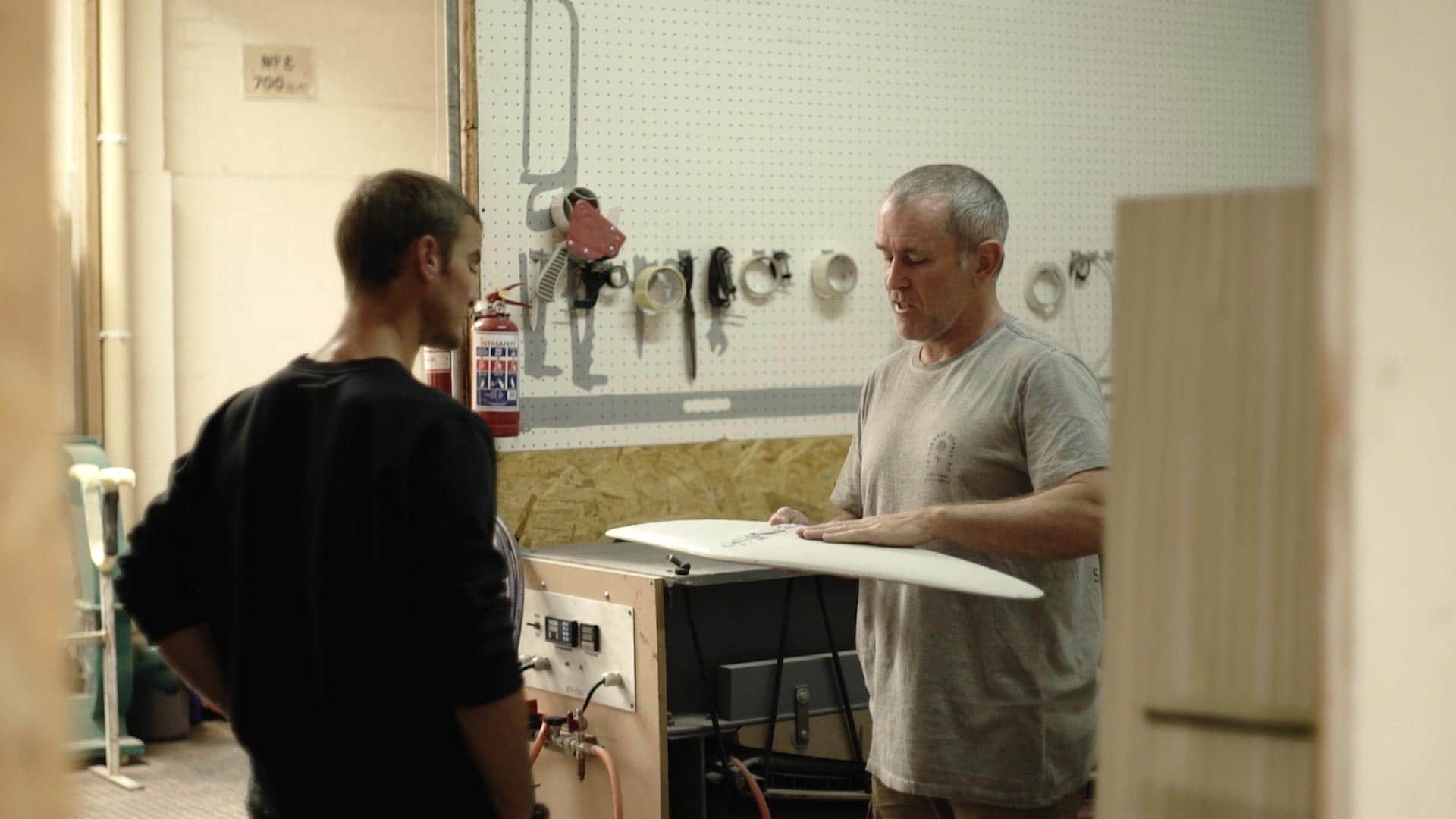 You summed that up really well, and it’s exactly what we had hoped to communicate with this project. Sticking to a single sport is great if that’s what makes you happy, but it’s important to understand that there are so many ways to enjoy more time on the water.

What was one thing that was crucial in getting you to where you are now?

This is advice for myself that I am still learning to take, but it would be to do what I feel and know is right. We all know when something is right or wrong for us, but it is so easy to allow our rational mind or ego to get in the way.

It’s always easier to note this in retrospect, but it’s clear to me that every time I have been grabbed by a story and allowed myself to let go and run with it, it has always led to progression, even if it makes no sense at the time.

Good advice. It can often feel like a gamble either way, but it is important to do what makes you happy, while making a living and living your life.

What would you be doing if you weren’t travelling the world making films?

I often dream about living outside of the city and writing and surfing every day.

From what I have seen, spending that much time in your head is not very easy, so for now I’ll just stick to exploring other people’s stories and minds as I have been. 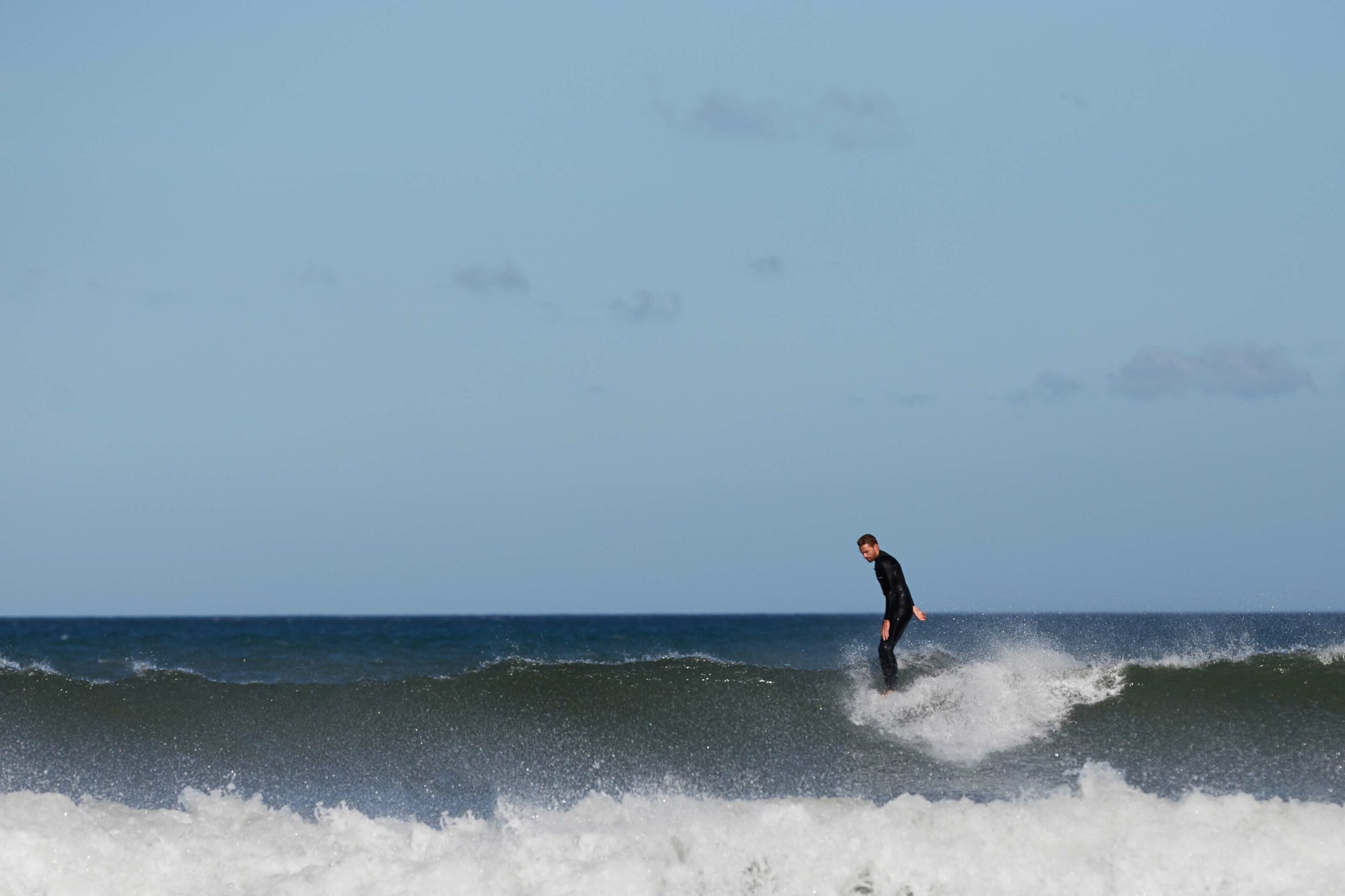 Keep that dream alive! What are you most excited about moving forward?

Secretly, I’m excited to come back to Muizenberg for a month of Winter. It’s easy to complain about the cold until it’s 40 degrees and you’re seven hours away from waves in a 2000-year-old Roman built town.

On the work front, I have a few documentaries in the pipeline, andI am part of a team creating a really powerful exhibition in Belgium. It explores the beauty and contrasting power of the ocean following a tragic drowning experience of one of the main designers.

I wouldn’t do it any justice by explaining any further, so I will leave it at that, or you will have to visit it in Belgium when it launches (Laughs).

Looking forward to it!