Give us the run down; who you are, what you do, and why you do it…

Well, hey, my name is Keh-Lung Su and I’m from Cape Town, South Africa. While saying that, I should add that I’m actually half Taiwanese, half South African, to clear up any confusion with my name.

I’m a big money spender full time sender kinda guy! (Laughs) I’m kidding, but I’m just a guy from Bloubergstrand obsessed with kiting, and anything that allows me to spend more time in the ocean! 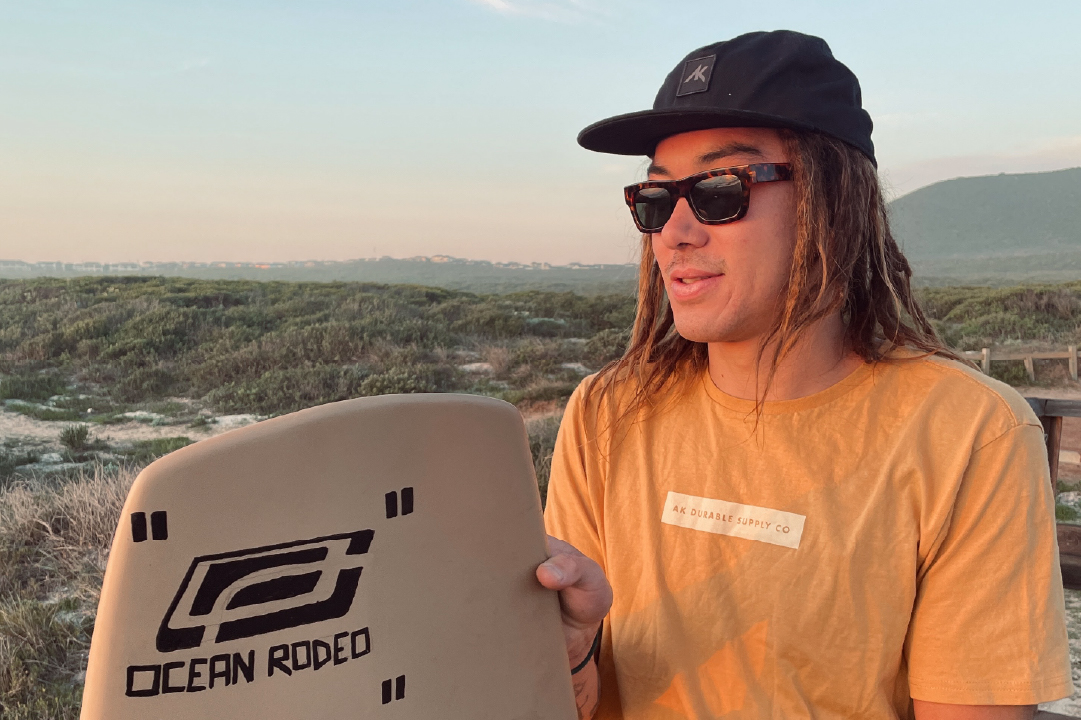 What does a day in the life of Keh look like at the moment?

As we are just coming into season, and me being a Winter warrior, there’s a lot of refreshing on forecast websites and apps. But, a normal day would be waking up, drinking some coffee in bed, and seeing what the day looks like. Based on the weather, making some missions, or if it’s not so exciting, checking the to-do list for the day admin wise.

My aim is to get some sort of exercise in, whether it’s in the ocean for a kite, surf, sup, or just some more regular training.

Also absolutely buzzing on padel tennis at the moment, as that’s loads of fun! 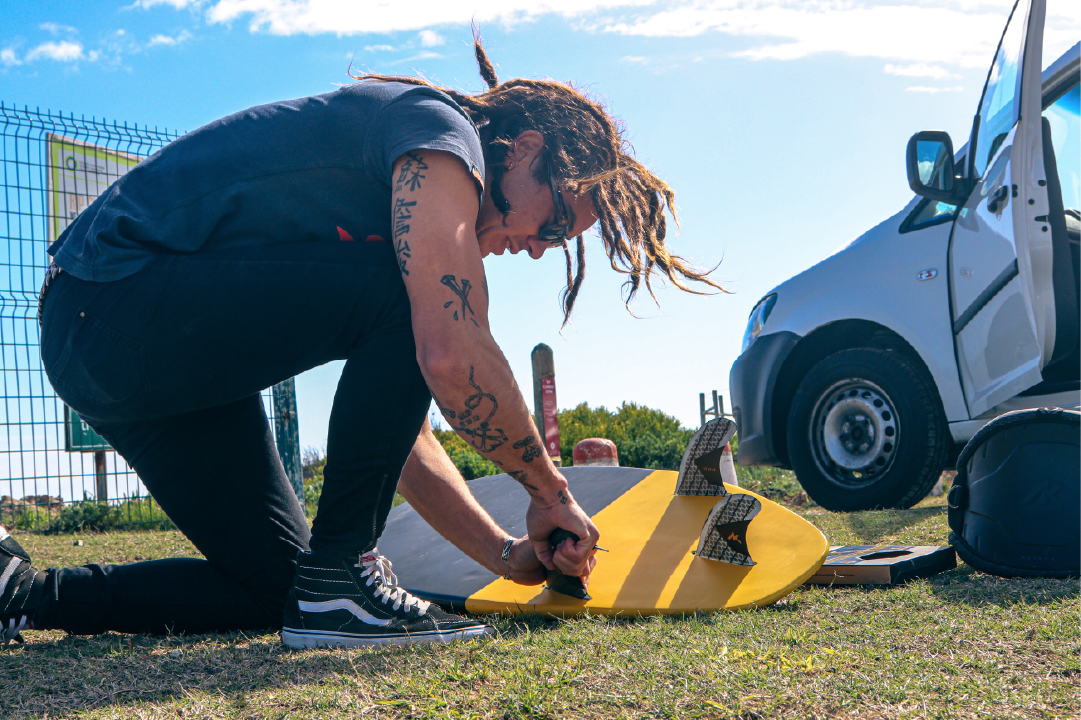 How did you first get into water sports?

I started with Sunday morning surf lessons at small bay parking lot, before Eden on the bay was popping off. Those were the first proper times I remember spending at the beach and in the water. I think it was around grade 2 or 3, and the instructor was a teacher in my school, and I guess she put me on the program at the time.

What motivated you to become an athlete?

I just wanted to spend as much time as possible in the ocean having a good time. I remember sitting in class at school, and all I could think about was the next session. 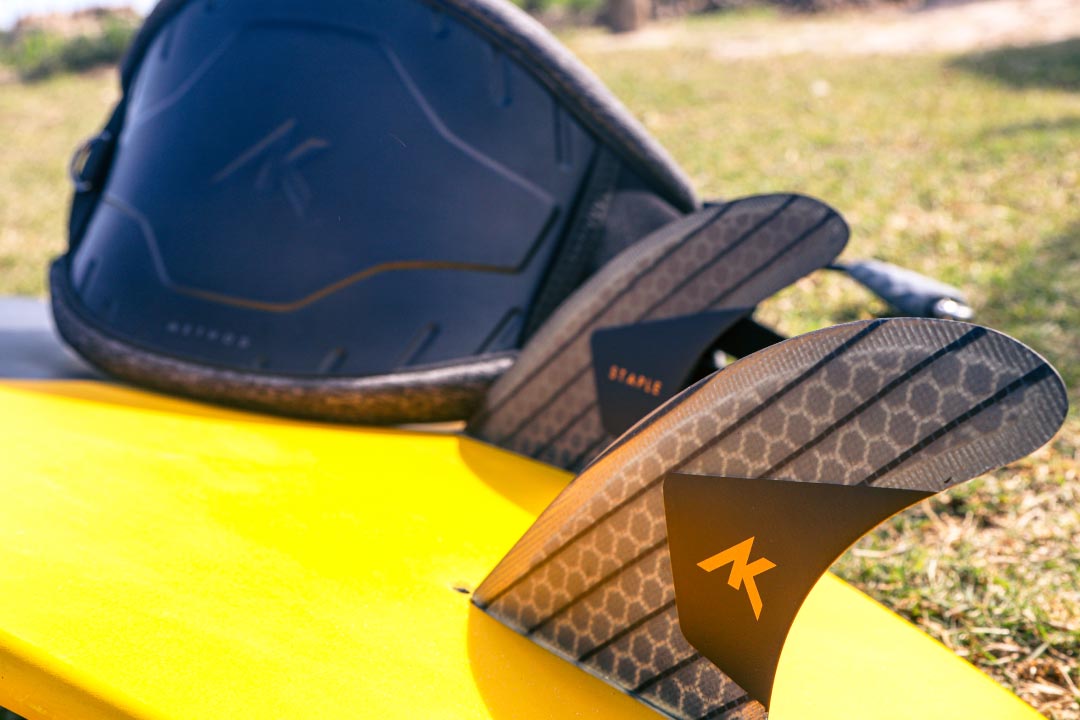 What can you tell us about the gear you’re riding now?

I represent the legends over at Ocean Rodeo for kites and boards.

Harness wise, I’m switching between the Method and the Synth. I’m loving the Method for wave riding and some strapless freestyle. I’ll use the Synth for pushing strapless big air, as well as the occasional spins on the twintip. And, of course, I’m repping some fresh Element bindings on the twintip!

I use the Ultrathin traction on my surfboards, and I’m not gonna lie, at first I was unsure about these pads because of the thickness. When going hard into turns, or coming in hot from some kite loops, I thought the thickness (or rather the thinness) might affect the shock absorbency, but those pads are epic! They’re now my go-tos.

For fins, I use the large Staple’s which are great for bigger surf, and the medium AK6’s for everyday action! AK have got fins for all conditions, so take your pick!

What’s one of your favorite photos you’ve had taken of you recently and why?

We recently had a sick session a little up the West Coast. It’s a spot that I’ve only kited once before on a North West wind. I’m pretty sure me and the crew are the only ones that have kited there before. We scored it at least double over head, and the waves were so big that the photographer couldn’t really get solid clips from the beach because of the sea level and wave size.

After the first session, we went down the beach to go potentially session a tidal pool, although it was too small unfortunately. I was then convinced by my mate to head out in front of the tidal pool, where there was a gnarly rocky break with an almost inaccessible beach. Anyways, later that day I actually lost my 7m kite to it (RIP). It had a huge tear in the canopy, exploded bladder, but I made it out to tell the story.

I’m hoping the clips were worth it! They’ll be out soon enough, so watch the space…

Myself, to be honest. I had quite a big mind shift recently, and you really only owe it all to yourself.

Shout out to Drake, but you only live once. (Laughs)

What is your hometowns best-kept secret?

Cafe Chiffon, although I don’t think that will stay a secret for long.

With perfect conditions? The Donkey, for sure.

Who would you say is your biggest influence right now? 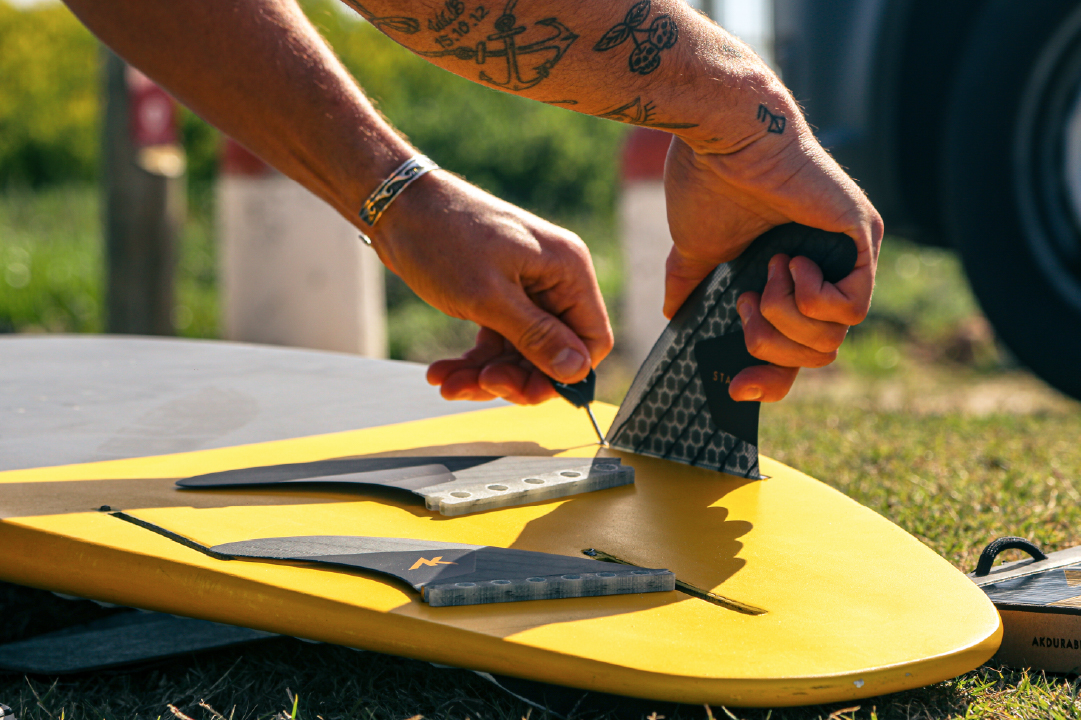 Building myself and the brands up, working together. More living! 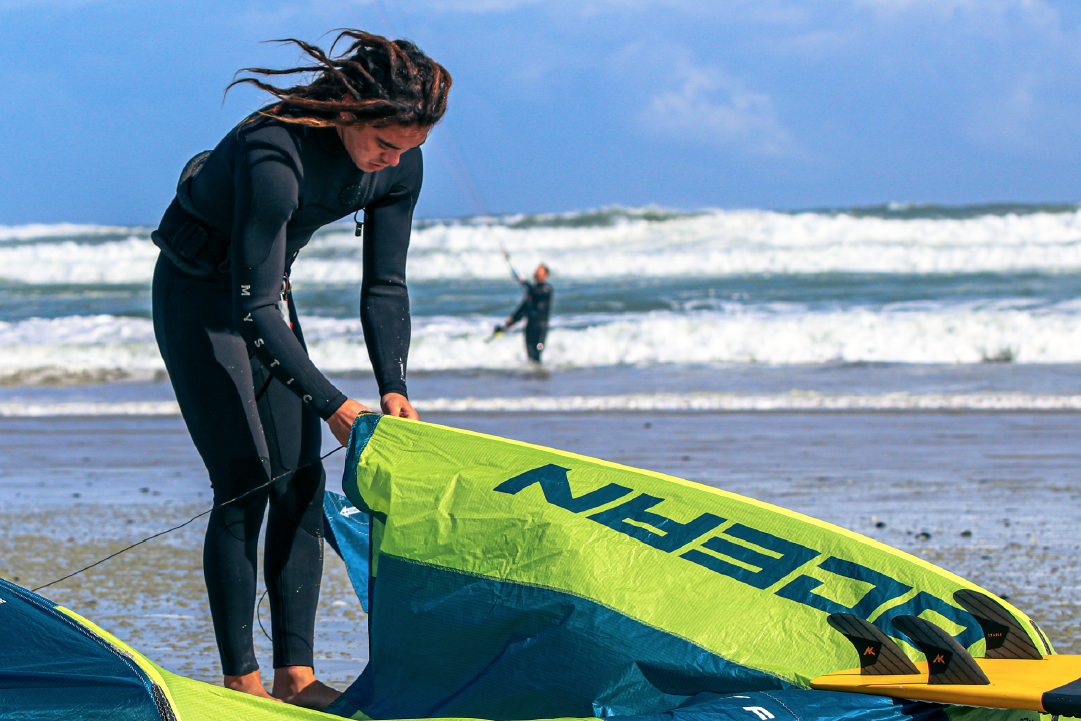